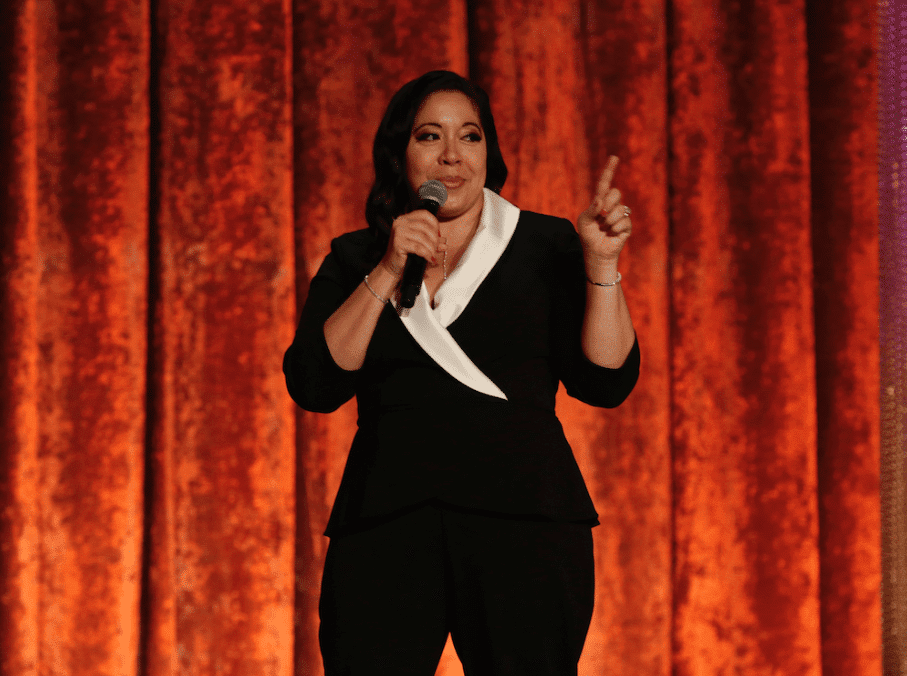 Interrobang: Gina Brillon’s The Floor is Lava is Grounded in Hope

“What I want people to take away […] is a refreshment, or a newfound sense of hope,” she says of her Amazon Prime special The Floor is Lava, produced in conjunction with Comedy Dynamics and recently premiered on Amazon Prime Video. “The special is so much about the duality I faced growing up—the duality of being Latina, but being light-skinned. The duality of not fitting in with my own people, but not fitting anywhere else. The duality of being broke, and now of being somewhat comfortable in life […] Had more people experienced duality in that way, there would be a lot more understanding and acceptance in the world.”