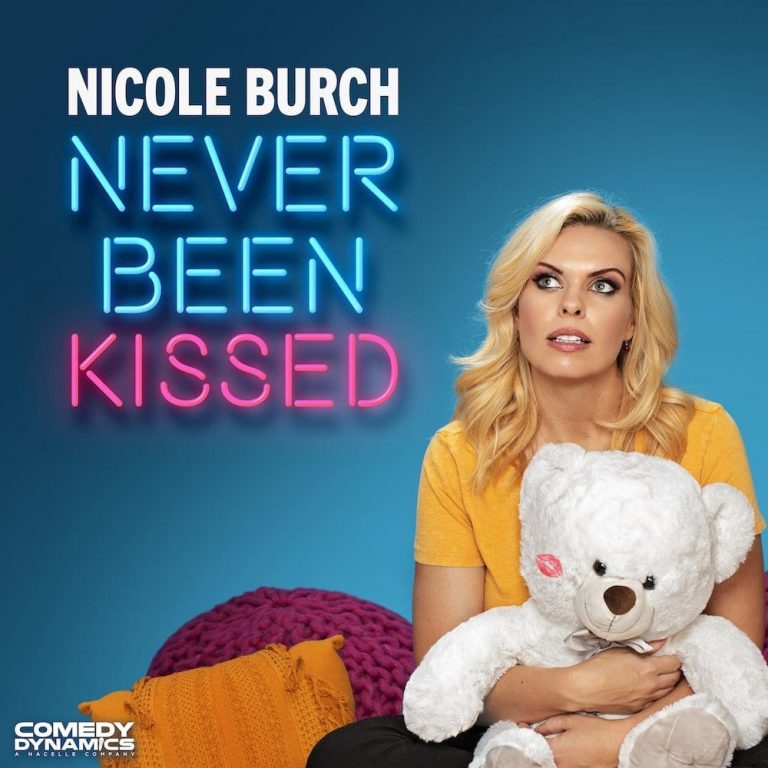 Nicole has been through the wringer when it comes to dating. Then one night she meets her childhood crush and celebrity, Michael Vartan. Could he be the one who saves her from an unlucky streak or will Nicole find another way to sabotage fate?

Nicole hails from Kansas City and began her journey in Los Angeles early on to pursue comedy. Nicole has been a part of The Groundlings comedy troupe, and she has written and directed her own show based on her personal dating experiences called How Match.com Ruined My Life. As an actress, Nicole has appeared on HBO’s Barry, The Jimmy Kimmel Live Show, and Hulu’s Casual.

Visit ComedyDynamics.com to lear more about Never Been Kissed

“Some comics are great at one-liners, but I love storytelling. And this story resonated with so many people that they would stop me and say “You’re the Michael Vartan girl! That story was crazy!” That’s when I knew I had something amazing to share. ” said Nicole Burch.

“I’ve seen many romantic comedies in my day thanks to my Mom. This comedy special is not that. Think way less romance but way more funny. But in all seriousness, prepare to laugh at love with Nicole Burch,” said Corey Martin Craig.

“Nicole’s special is like a breath of fresh air in the comedy world. It takes a traditional comedy special and adds a unique element to help it stand out amongst the crowd,” said Brian Volk-Weiss, Founder and CEO of Comedy Dynamics.