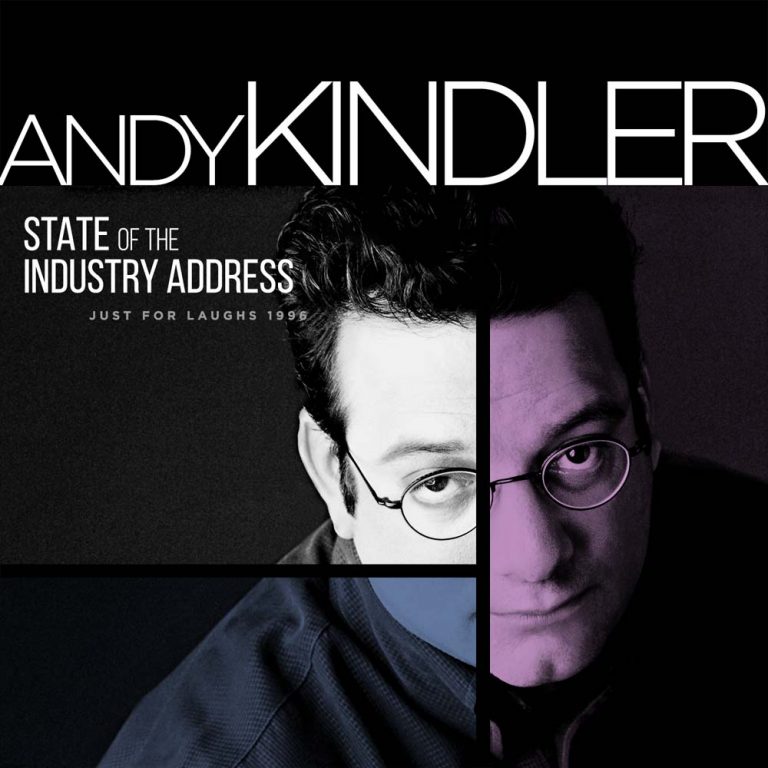 For twenty years, Andy Kindler has performed his annual “State of the Industry Address” before a group of industry professionals at the Montreal Just For Laughs Comedy Festival.  Now, for the first time, you can hear his very first speech from 1996.   Kindler doesn’t hold back when airing his many grievances with the comedy industry.  He keeps his jaded audience laughing nonstop, skewering everyone including himself.  Find out why this insider event has become legendary in the comedy biz.

Andy Kindler currently recurs on FOX’s Bob’s Burgers and Comedy Central’s Tosh. O. He is also the host of Season 4 of Comedy Dynamics’ very own standup series, Coming to the Stage. Andy was a series judge on the seventh season of NBC’s Last Comic Standing, the star of two half-hour Comedy Central Presents specials and was a frequent guest and correspondent on The Late Show with David Letterman with over 40 appearances.  He recurred on Everybody Loves Raymond, Disney’s Wizards of Waverly Place, and IFC’s Maron.

“This year will be my 11th time seeing Andy’s State of the Industry Address live at Just For Laughs, and I can’t wait!” said Brian Volk-Weiss, CEO of The Nacelle Company.

“I’m so excited about the release of my first ‘State of the Industry’ speech that I forget things didn’t work out for me success-wise. I look forward to my grievances and feuds from the 90’s reaching a larger audience,” said Andy Kindler.