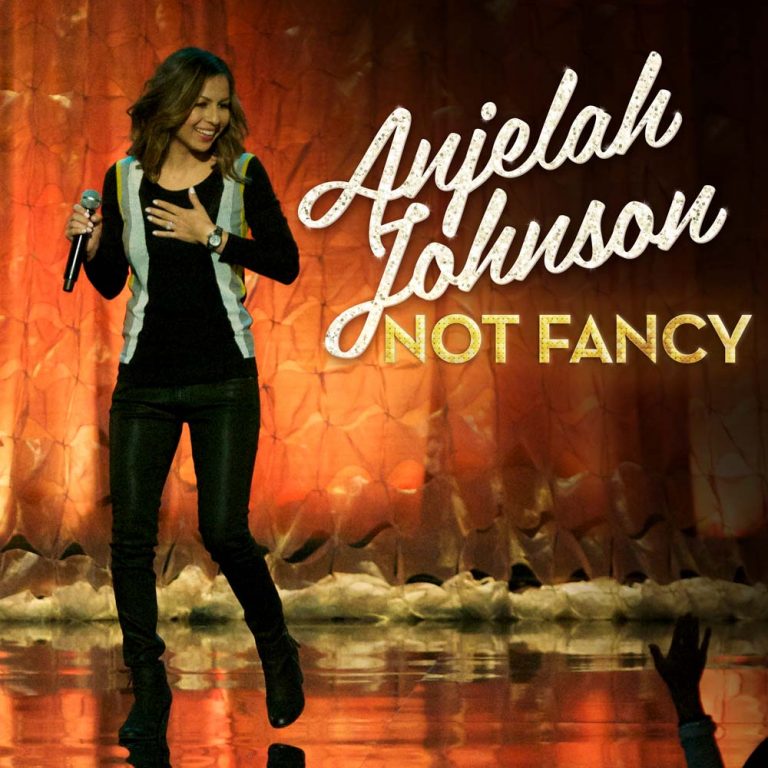 Comedy Dynamics will release Anjelah Johnson: Not Fancy stand-up comedy album on all digital and streaming audio platforms on October 7th and on CD on October 21st.

Not Fancy was filmed at the City National Grove in Anaheim, California and the show still streams exclusively on Netflix. The special includes Johnson’s take on learning Spanish, marriage, her in-lsaws and jobs that she doesn’t have.

Onion AV Club raves about Not Fancy, “Anjelah Johnson is unapologetically herself…. She’s being her authentic self, and that authenticity makes her comedy visceral and personal.

“Anjelah is one of the most exciting and watchable comedians out there. She makes being Not Fancy sound exactly the opposite.” – Decider

Johnson’s years of experience in the comedy scene includes her infamous viral video, “Nail Salon,” her work as a series regular on MADtv with her fan favorite character Bon Qui Qui, and her commercial spots for a variety of brands, movies, voice-overs, and serving as spokesperson for the Texas chain Taco Cabana.   She has appeared on the shows The Shield, Ugly Betty, Curb Your Enthusiasm, and others all while touring with her stand up comedy.  Johnson has starred in such films as OUR FAMILY WEDDING, ALVIN AND THE CHIPMUNKS: THE SQUEAKQUEL, MOM’S NIGHT OUT and ENOUGH SAID. Born and raised in California, Johnson began her career as a professional cheerleader for the Oakland Raiders.