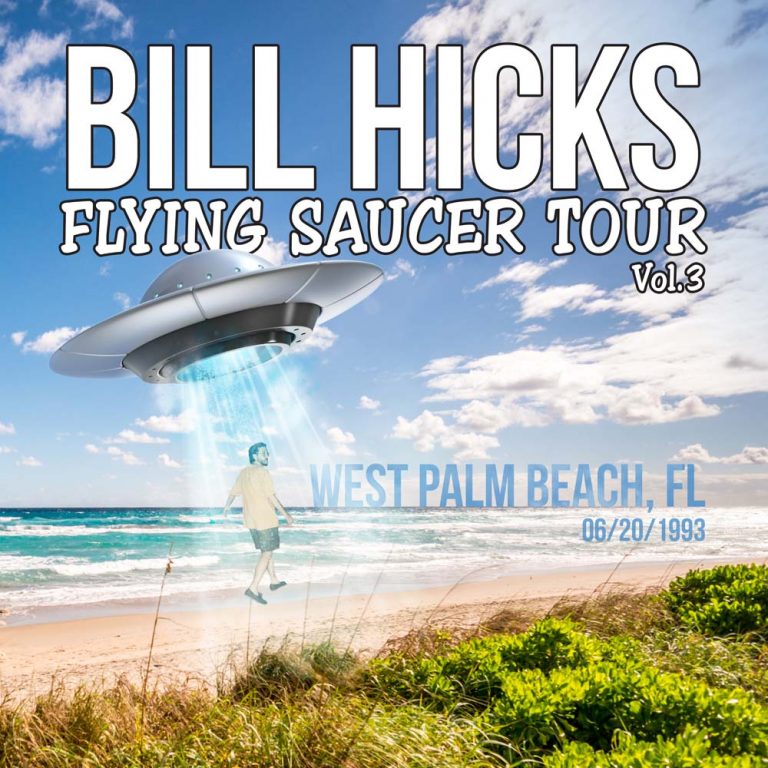 On the morning of June 20, 1993 after a weekend of tests, Bill received
the final diagnosis from his doctor that he had pancreatic cancer. That
same evening at an open mic night this show was recorded in West Palm Beach, Florida. True to how Bill would live out the rest of his life, he chose to not focus on his illness but to put his energy into his craft;
he always said he felt most comfortable when he was on stage.

With American comedian Bill Hicks, there was always an awareness of other people, of how our society links together. With this came an idealism and a vision of what the world could be. But first he had to slay all the “fevered egos” polluting the planet. He saw himself as a flame, Shiva The Destroyer, using comedy as a weapon to expose truths and show people how governments are screwing us every day of our lives. He also happened to be achingly funny such was the accuracy of his comedy. At the age of 13 Bill Hicks did his first gig. Six weeks before his death, aged 32, he did the last. In the intervening years he frequently did over 250 gigs a year. He tried to reach as many people as possible, to put them in touch with inner and outer space in a majestic flight of One Consciousness thinking. Those he inspired haven’t lost the ability to take a ride.