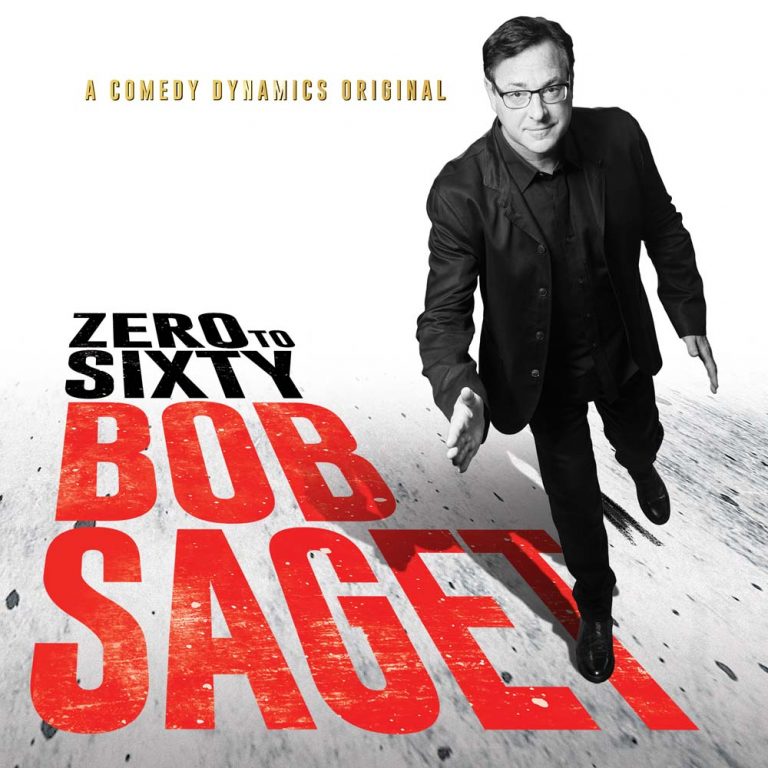 TO BE RELEASED BY COMEDY DYNAMICS NOVEMBER 14, 2017

CHARTER, GOOGLE PLAY AND MANY OTHERS NATIONWIDE ON NOVEMBER 14, 2017

LOS ANGELES, CA – Bob Saget’s new comedy special Zero to Sixty will be released by Comedy Dynamics on November 14, 2017 premiering on Amazon, Comcast, DIRECTV, AT&T, DISH, iTunes, Charter, Google Play and many other platforms. The album will be released on the same day on all digital and physical audio retailers.

“This new stand-up special of mine came out of what’s going on in the world right now,” stated Saget.  “My current mission has been to entertain people and hopefully give them some good laughs with stories, silliness, reflections on mortality and new songs.  Zero to Sixty is suitable for the whole family providing your kids talk a little dirty once in a while.”

Just as the title suggests, in his new special Zero to Sixty, Bob Saget reflects on his career in show business. In his classic comedic style, Bob describes in hilarious detail when he first learned what sex was, the time he lost his mojo, and the strange reason he’s scared of doves. The special was taped on May 2, 2017 at the Music Hall of Williamsburg in Brooklyn.

Yes, Bob Saget has starred in many successful television shows, including two of the most family-friendly shows network TV has ever produced (“Full House” and “Americas Funniest Home Videos”) but he’s also an out of his mind standup comedian for over thirty years. From his 2014 Grammy-nominated stand-up special, “That’s What I’m Talkin’ About” to his scene-stealing cameos in “Entourage,” and “The Aristocrats,” it’s always effective as Saget embraces his dark side.  In January 2016, Bob completed a 9-week run on Broadway as Pastor Greg in the Tony-nominated play, Hand To God, and his first book, Dirty Daddy, is a New York Times Best Seller with Vanity Fair calling it, “Hilarious and at times heartbreaking.”  Bob will be seen in the upcoming third season of the hit Netflix series, Fuller House, and he just finished shooting the feature film, Benjamin, which he directed and stars in.

“This is our second time working with Bob, and he’s twice as funny as the last time and four times as nice!” said Brian Volk-Weiss, CEO of Comedy Dynamics.