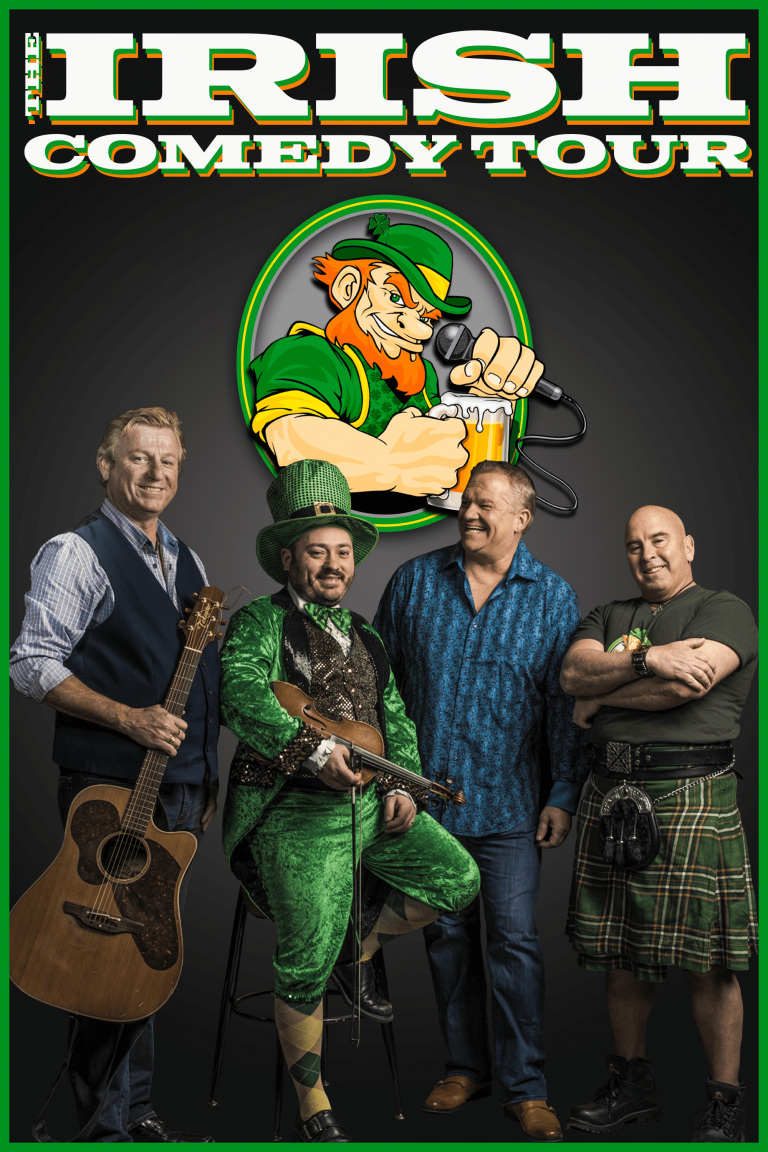 The Irish Comedy Tour is a fast-paced, raucous ride across America with four joke-slinging entertainers who know how to party and put on a great show. Opening the tour to a packed Infinity Hall in Norfolk, CT, the boys stomp their way from town to town, singing songs, telling jokes, and making friends along the way. Intercut with behind-the-scenes footage, The Irish Comedy Tour takes us on a journey of endless fun and frolic, with Derek Richards, Mike McCarthy, Derrick Keane and Damon Leibert giving us a lighthearted look at life on the road and the high-spirited experience of being Irish in America.

The Irish Comedy Tour has been described as ‘Just the right amount of wrong.’ The clover — make that clever — comedians, whose ancestors hail from the Emerald Isle, include Detroit native Derek Richards; Boston-born Mike McCarthy; Nova Scotia’s Damon Leibert; and from Inchicore, a suburb of Dublin, Ireland Derrick Keane. Audiences howl at Richards’ tales about his Irish-American upbringing, being childless and his divorce. He has appeared on The Bob & Tom Show, SiriusXM Satellite Radio, and The Weather Channel’s Top 10. McCarthy’s no-holds-barred humor has landed him on Comedy Central and Showtime. The “comedy barbarian,” as he calls himself, takes no prisoners when it comes to poking fun at society’s most sensitive topics. Leibert’s unique and energetic style of fiddle playing lies somewhere between the driving dance beat of Cape Breton, and the lyrical music of Ireland. His power-packed performance adds an incredible dimension to the show. And finally Keane, who first distinguished himself musically when the duo in which he sang and played swept the All Ireland Talent Competition. His band, Inchicore, sets the gold standard for the Irish music scene in New England and across North America. Don’t miss these hilarious Irish- American comedians as they tear apart, as well as validate, all of the Irish myths and stereotypes.

“The Irish Comedy Tour makes you feel like you’re in the bar, hanging out with your friends, listening to some truly hilarious and relatable stories,”

Upcoming tour dates are falling together for 2020 (dates subject to change):