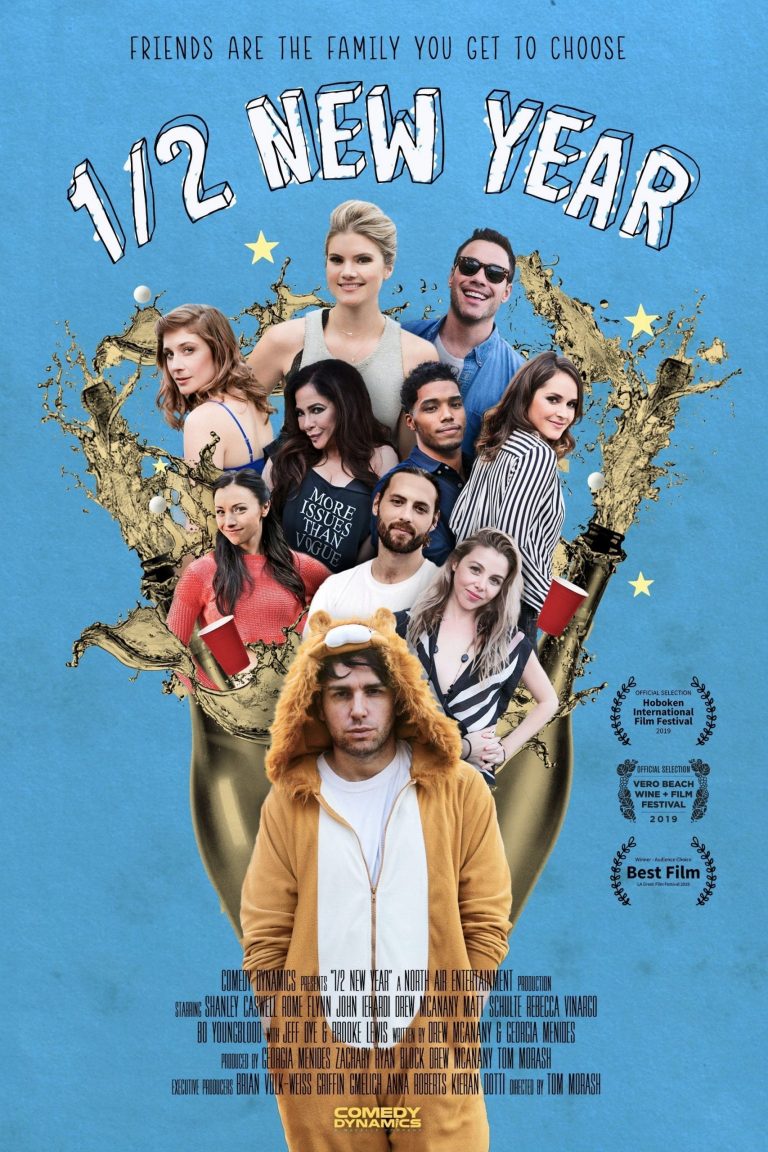 Every last Saturday in June, this LA group of friends throw a “1/2 New Year” party where they pop bottles, make new resolutions, and give the year a reboot with a night to really let loose. At last year’s party, one of the friends has a frightening breakdown that changes relationships. This year, as the gang prepares for and then celebrates what might be their last 1/2 New Year party ever, secrets are revealed, couples either grow up or break up, friends learn to ask for help, and each character gets a little closer to discovering who they are and who they want to become. This film is a celebration of friends, who are the family we get to choose.

“When I’d read Georgia & Drew’s script, I knew it was a story I had to tell. Full of heart, full of emotion and very real. The talent we had both in front and behind the camera made this one of the greatest experiences of my life. We are so excited to partner with Comedy Dynamics to bring the story to the world!” said Tom Morash.

“1/2 New Year is a great reminder how our friends can be family in some instances and how important that dynamic is to everyone’s quality of life,” said Brian Volk-Weiss, CEO of Comedy Dynamics.