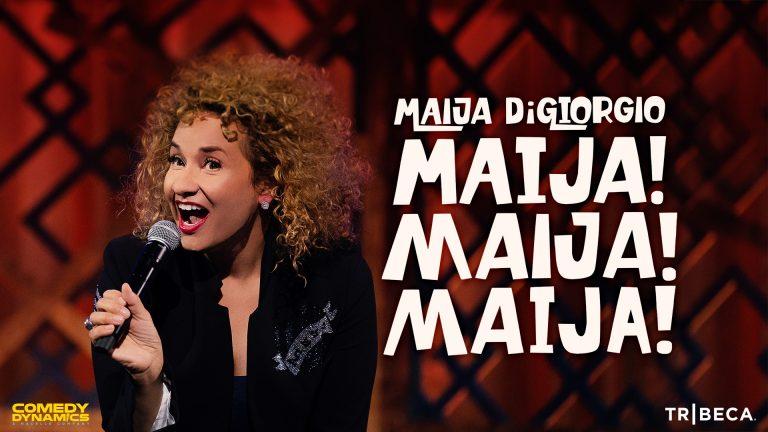 Maija DiGiorgio is a comedian, filmmaker, and NY-to-LA transplant. In her first year doing stand-up, Maija took the comedy world by storm taping five national TV appearances and has not stopped since. Being part of a summer series at the prestigious Here theater in SOHO, her one woman show IncogNegro is being developed into an upcoming special. Since her impressive start in comedy, Maija has taken her talents to countless prestigious venues worldwide—including the Beacon Theater, the New Orleans Essence Festival, and Scotland’s Edinburgh Festival—as well as TV performances across most major networks including HBO, NBC, Fox, Bet and Showtime.  Maija’s comedy examines the complexities of what it means to be a mixed race, multicultural woman. Through her witty nature and playful charisma, she tackles such topics like dating, family, and daily observations in a way that is hilarious, entertaining, and in a dialect any culture can understand. She directed the film “Bitter Jester,” which received rave reviews from Variety and The New York Times, and she had established herself as a radio personality co-hosting Hot 97’s The Morning Show with Ed and Maija.

“This is a time when coalitions of all people, of every race, creed, and color, can create a whole new world. I hope to shed light on this idea, through humor and grace, and encourage everyone to open up their minds.”

“Maija DiGiorgio’s new special is smart, funny, and really everything you want from a comedy special. We’re proud to have produced alongside our partners at Tribeca.”