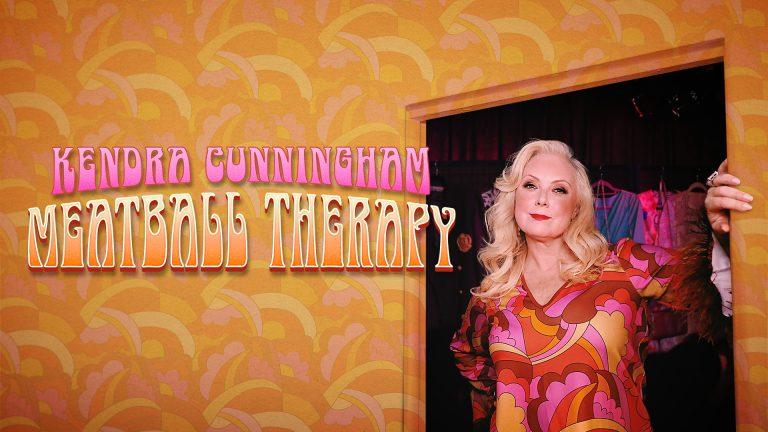 Boston’s own bold and brash Kendra Cunningham is back to share her personal accounts of growing up with deceptively sophisticated parents, her awkward promiscuity in the dating scene, and her unexpected commonalities with a female baboon. Come for the hysterical & boisterous comedy and stay for the recipe to her grandmother’s famous dump cake. This is a special you won’t want to miss!

Boston bred and Brooklyn based, Kendra Cunningham has been named as a comic to watch by Time Out New York and has been compared to Groucho Marx and Mae West by the UK’s Chortle. A regular on the New York and Boston comedy scene, she has previously been in the Montreal Just for Laughs Festival, The Glasgow Comedy Festival, and was a finalist in the Boston Comedy Festival for two years in a row. She has twice appeared on NBC’s Last Comic Standing gaining two spots in the top 100 jokes of the season. Her solo show “This Could be You” had a 7 show sold out run at Don’t Tell Mama.

“I just finished a short script about drinking in the funeral home parking lot at my estranged father’s wake. That was me really embracing my Boston roots, drinking beers in public as a form of disrespect.”

“Kendra is a veteran comic that really hits it out of the park with this new special. We’re excited to share this hilarious special with the world,”