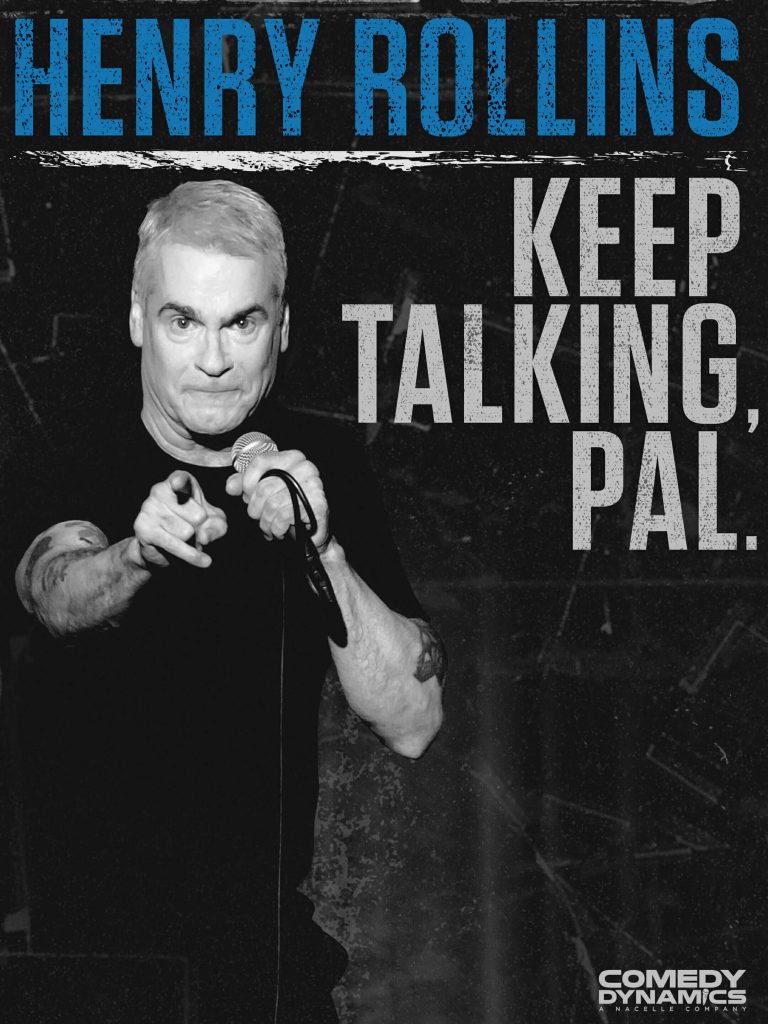 Henry Rollins waxes at a high rate of speed about the brilliance of RuPaul, meeting David Bowie, his weirdest shows, why women should rule and more in a live performance from Portland, Oregon.

Henry Rollins fronted the California punk band Black Flag from 1981 – 1986. Following the band’s breakup, Rollins established the record label and publishing company 2.13.61 to release his spoken word albums, and formed the Rollins Band.Since Black Flag disbanded, Rollins has hosted numerous radio shows, such as Harmony in My Head on Indie 103, and television shows such as The Henry Rollins Show, H2’s 10 Things You Don’t Know About and MTV’s Jackass. He had recurring dramatic roles in the second season of Sons of Anarchy, in the final seasons of the animated series The legend of Korra as Zaheer, amongst roles in many other films. Henry also hosts a weekly radio show on 88.9 FM KCRW.

“The former punk’s wordplay hurtles across countless subjects as he delivers self-deprecating comedy and walloping home truths in this spoken-word marathon” – said TheGuardian.com.

“Henry has a serious gift when it comes to storytelling. His tales captivate us, make us laugh and most importantly, they give a wonderful insight into the mind of this artistic chameleon of pop culture.” said Brian Volk-Weiss, CEO of Comedy Dynamics.