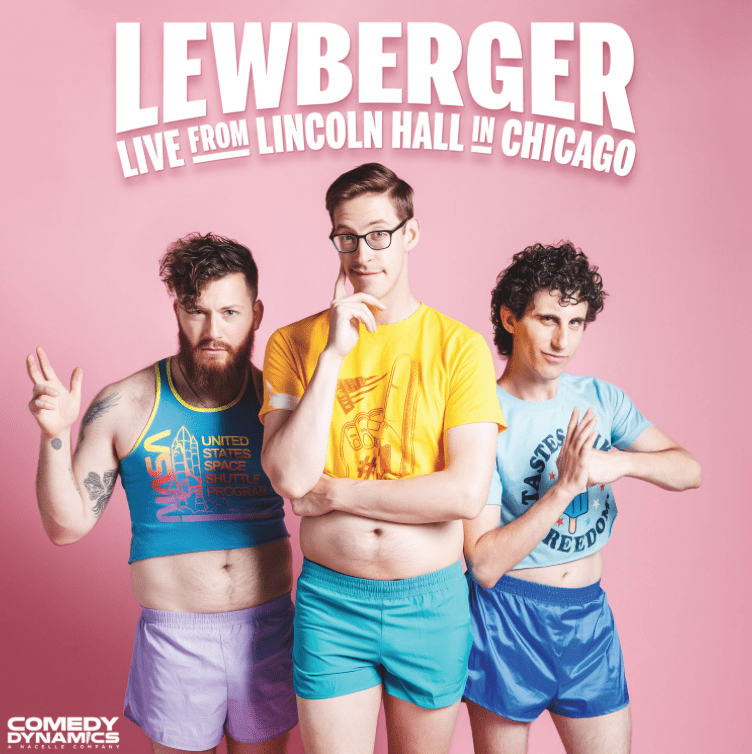 Lewberger is Keith Habersberger, Alex Lewis, and Hughie Stone Fish. You may recognize them as finalists from the first season of NBC’s hit comedy competition show Bring The Funny and from one of their several viral music videos online. This handsome 3 man comedy band based in Los Angeles, CA, has been described as the illegitimate love child of Lonely Island and Flight of the Conchords. They have performed live shows at the Kaaboo Del Mar Music Festival, as well as colleges and comedy theaters across America. Lewberger’s self-titled debut album was released in November 2018, and We Don’t Know How to Roller Skate debuted mid 2020. Their podcast Celebrity Theme Song is available everywhere and they post daily on the @lewberger instagram and twitter accounts.

Keith Habersberger is a member of internet sensations The Try Guys, who have more than 7 million subscribers online and are New York Times best selling authors. Alex Lewis is an actor and comedian who can be seen on several TV shows and the movie All About Nina as well as the Valley Girl remake. Hughie Stone Fish is an Emmy award-winning songwriter and independent music artist whose non-profit is bringing arts education to his hometown of Syracuse, New York.

“I grew up idolizing comedy musicians. I’m very proud to create smart, edgy comedy songs alongside Alex and Hughie, and am thrilled at the launch of our first special!” said Keith Habersberger.

“Combining comedy and music with two of my best friends is a dream comedy true, and having this special out is an exciting step for us as a group,” said Hughie Stone Fish.

“We’re so excited to have captured what we do, and that Comedy Dynamics is making us so much more accessible for our fans,” said Alex Lewis.

“Musical comedy is a unique talent that not many can do well. With that being said, Lewberger exceeds the grandest expectations on what the ideal music comedy could ever be. We’re excited for you to watch!” said Brian Volk-Weiss, Founder and CEO of Comedy Dynamics.