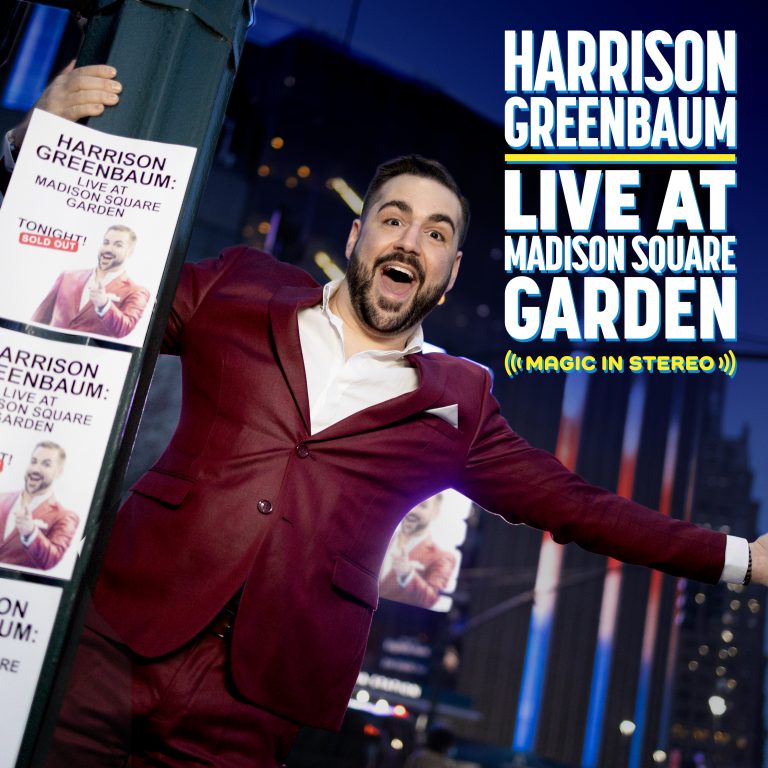 Comedy Dynamics has teamed up with comedian and magician Harrison Greenbaum to release his audio-only magic special, Live At Madison Square Garden, through their audio distribution system consisting of Apple Music, Spotify, Amazon Music, Pandora and more on June 25, 2021.

Only days before the global lockdown, Harrison Greenbaum became the first magician to ever sell out Madison Square Garden, performing the most expensive and over-the-top magic show in New York City history for more than 20,000 adoring fans.  A true revolutionary, Harrison has taken the unprecedented step of preserving this history-making visual extravaganza by agreeing to record and release just the audio.  You won’t believe your ears!

On his debut release with Comedy Dynamics, Harrison Greenbaum proves once and for all that the hand is quicker than the ear.  Under the bright lights of the iconic Madison Square Garden, listen closely as Harrison performs impossible illusions, reads thousands of minds at the same time, and attempts the most dangerous and death-defying escape in the history of magic, all for an audience of dedicated fans, huge celebrities you’ll recognize immediately by voice, heads of state from several important and unimportant countries, and even Beyoncé! For the first time ever, enjoy magic the way it was clearly meant to be enjoyed: by listening only.  Give yourself the gift of Magic in Stereo live from Madison Square Garden.

Harrison Greenbaum is a comedian and magician who has been dubbed “the hardest-working man in comedy” by both TimeOut NY and NY Daily News. Harrison has received several awards over the years, including the Andy Kaufman Award for originality in comedy and the Senator Crandall Award for originality in magic.  On television, Harrison has made appearances on NBC’s America’s Got Talent, NBC’s Last Comic Standing, TBS’s Conan, Comedy Central’s This Week at the Comedy Cellar, and more.  Harrison is also one of the stars of The Illusionists: Direct from Broadway, the biggest-selling magic show in history.

“Some people have claimed that I meant to film this show and that something went wrong with the cameras,” said Harrison Greenbaum. “But the truth is that I’m always trying to be on the cutting edge, which is why I’m proud to partner with Comedy Dynamics to release the first-ever audio-only magic special.”

“It definitely happened, for sure.”