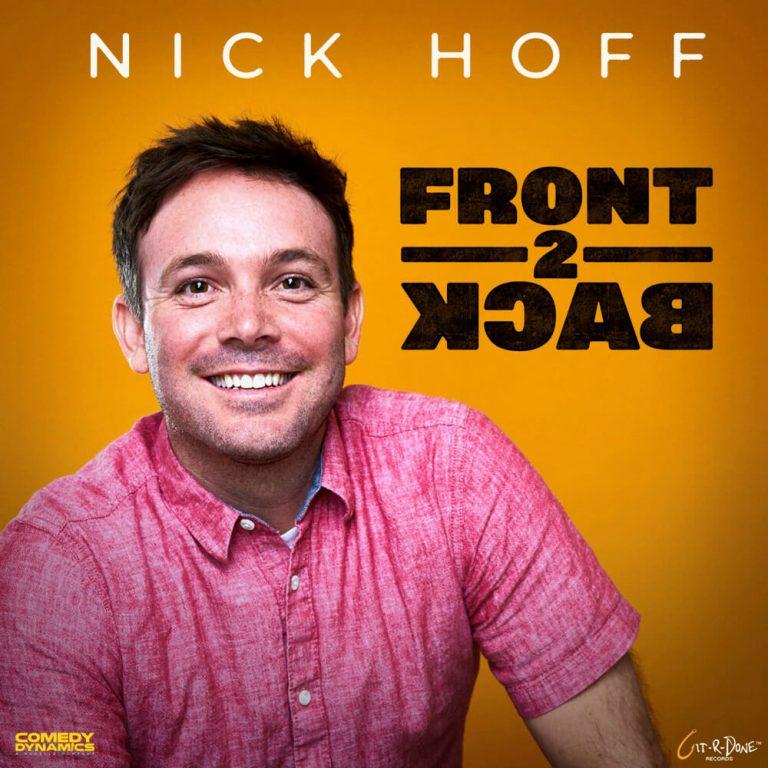 Nick Hoff is a nationally touring stand-up comedian whose album Baby Daddy hit #1 on the iTunes comedy charts, He has been on MTV, SiriusXM, and can often be seen in commercials for Miller Lite, Pepsi, and Amazon, where Nick has been cast by top directors in the business including Peter Farrelly, Craig Gillespie, James Mangold, and Phillip Seymour Hoffman. He has been a comedy writer for Life & Style magazine, as well as a featured act in Netflix’s Wild West Comedy Festival. Nick was hand-picked by Jeff Foxworthy and Larry the Cable Guy to open for them on their critically acclaimed We’ve Been Thinking Tour. He has headlined the Pink Ribbon Comedy Tour, which made stops in 40 cities doing 65 shows all raising money for breast cancer research. Nick was also a part of the Walk of Shame national comedy tour, which was not quite so noble of a cause. His new stand-up comedy special, Front 2 Back, can be seen on Nick’s YouTube.

In Nick Hoff: Front to Back, Nick jokes about bad parenting, the dangers of relationships, and every man’s wildest fantasies.

I am happy to be working with this team again.  This album is the product of me chasing a dream for the last 15 years.  I hope you find it to be worth the endeavor.

“Front to Back is a very funny, creative special and we’re excited for Nick’s fans and comedy fans to be able to enjoy the album on audio platforms worldwide,”

Front to Back on orc.co