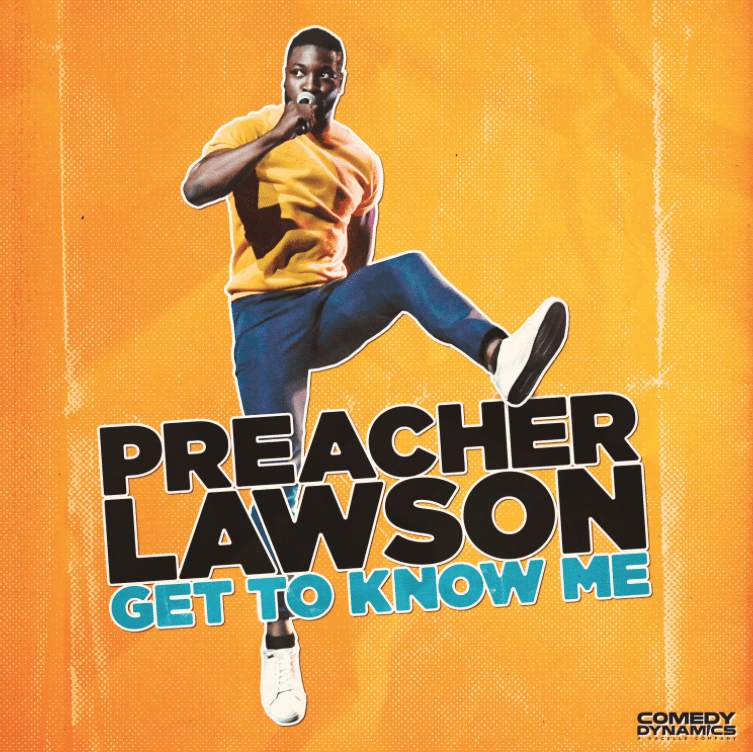 COMEDY DYNAMICS TO RELEASE PREACHER LAWSON: GET TO KNOW ME

Get To Know Me gives audiences a glimpse into the life of Preacher, a fearlessly funny Floridian with a penchant for finding the humor in adversity, even when it means managing his own frustrations towards a very talented 12-year-old ventriloquist! Filmed at the adored Vic Theatre in Chicago, Preacher’s debut special offers a hilarious spin on his life struggles with kitten allergies, veganism, and cold-weather induced ashiness. The special originally debuted on BET+, and served as the first stand-up comedy special on their new streaming service.

Preacher Lawson quickly became a fan-favorite on America’s Got Talent, and America’ s Got Talent: The Champions. He can be seen on the upcoming NBC series, Connecting, and he appears as a judge on Nickelodeon’s upcoming pet talent competition hosted by Gabriel Iglesias titled Unleashed. Lawson also has a popular YouTube page that features travel vlogs, music videos, vegan/vegetarian recipes and more with his charmingly comedic twist.

“Lawson’s a crowd-pleaser who’s still coming into his own as a comedian.” Said Sean L. McCarthy of Decider.

The special was directed by Brian Volk-Weiss, and produced by Cisco Henson, Josh Lieberman, and Michael Rotenberg.

“There’s no question that Preacher is a rising star in comedy. It’s been great to watch him grow as a comedian and artist, and we’re proud to be releasing his debut special,” said Brian Volk-Weiss, Founder and CEO of Comedy Dynamics.