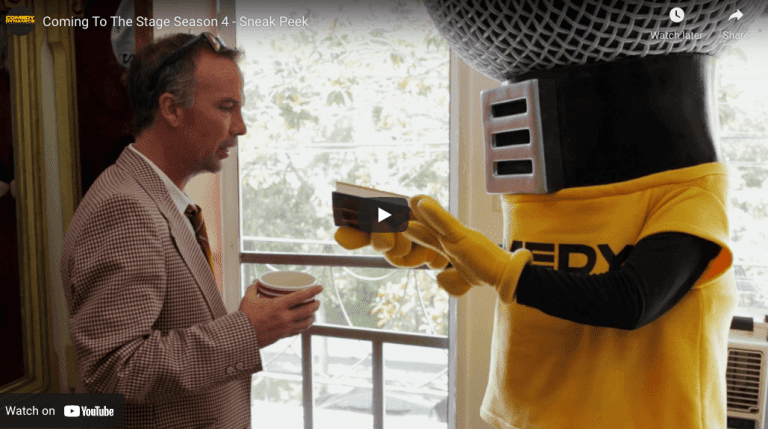 COMING TO THE STAGE SEASON 4

Comedy Dynamics’ fourth season of its original stand-up series Coming To The Stage, hosted by Andy Kindler, will premiere March 3, 2017 on all platforms.

Coming To The Stage showcases up-and-coming comics by allowing them to literally “come to the stage” to perform their stand-up in front of a live studio audience with exposure on numerous digital platforms.

Past comics featured on Coming To The Stage have launched successful careers. James Davis recently had a series green-lit by Comedy Central, Ian Abramson has a touring live show on Comedy Central Digital, and Rhea Butcher has a series on Seeso.

“I was happy to make young comedians feel even more nervous with my awkward introductions,” said Andy Kindler.

“Andy Kindler is an absolute legend, and gives this season a level of gravitas which is reflected in the comedy. Plus, we added some more neon lights to the set.” said Brian Volk-Weiss, CEO of The Nacelle Company.