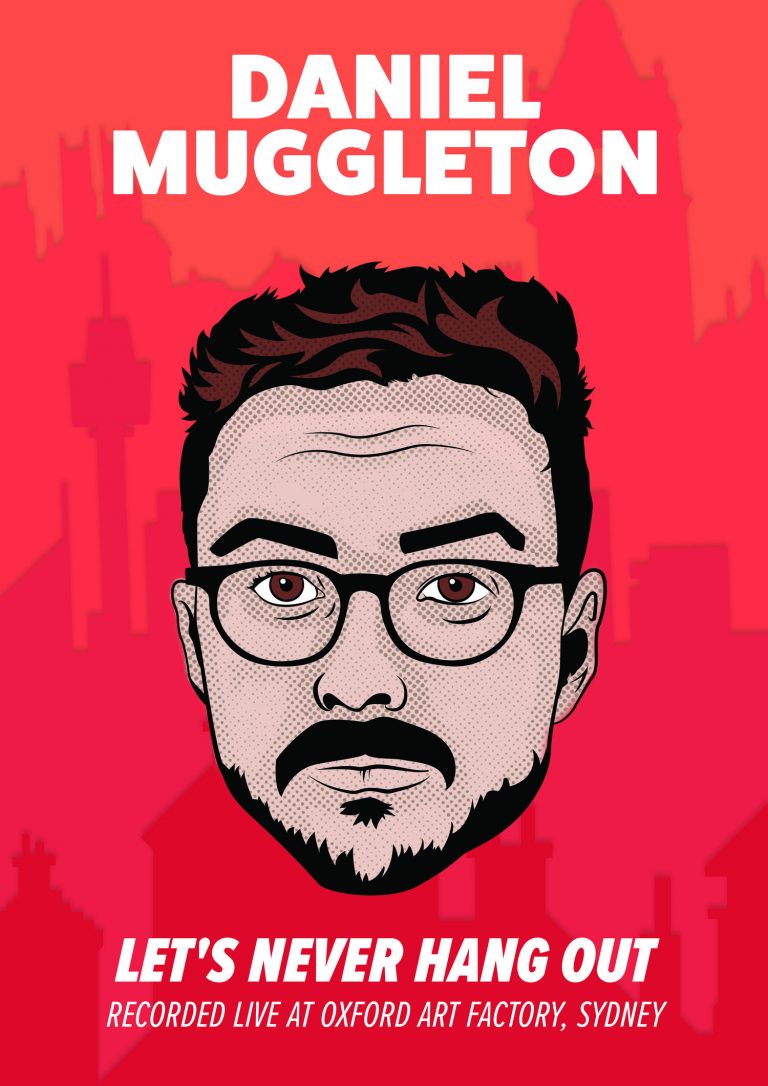 With his blunt takes and casual delivery, Daniel gives his reasons why you should never call your kid River, how to win arguments at McDonald’s and what counts as a Plan B in Let’s Never Hang Out.

The special was recorded live at the Oxford Art Factory in his hometown of Sydney, Australia.

“To record the special in a music venue in my hometown was the perfect fit. I’ve always put on my own shows, to my own crowds outside the comedy scene and I think this captures that.” – said Daniel Muggleton

“We take pride in our consistent pursuit to work with comedy’s best up and coming talent and Daniel surely is that. It’s a pleasure to distribute his comedy special.” said Brian Volk-Weiss, CEO of Comedy Dynamics.