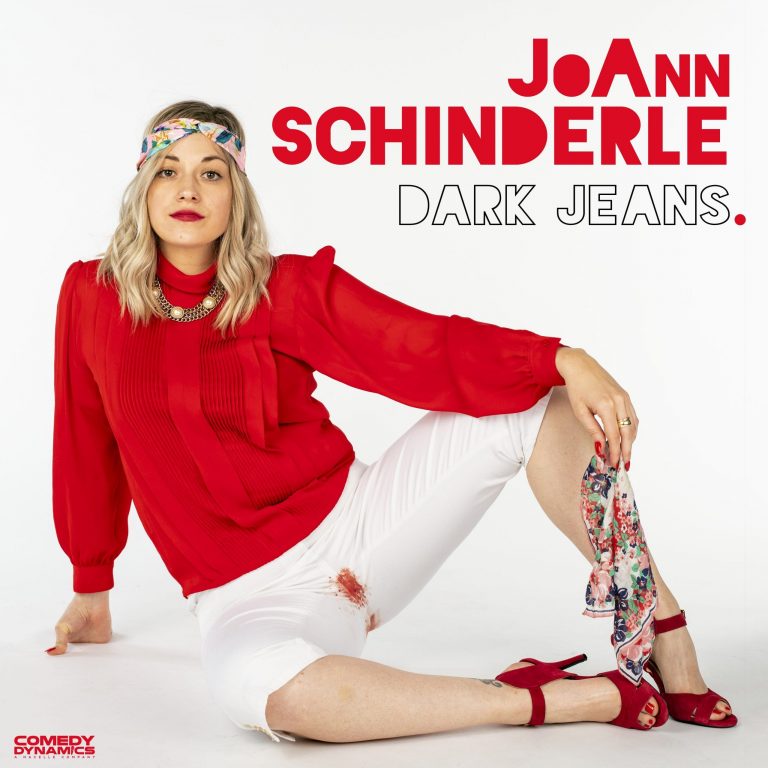 The recording of DARK JEANS is a perfectly balanced mix of fierce joke writing and fantastic crowd work that perfectly encapsulates Schinderle’s personality, humor style, and loveable energy. DARK JEANS was recorded January 2019 by Cranival Studios in Portland, OR at her old stomping grounds, Alberta Street Venue where she previously ran an award winning 4year weekly comedy show and live recorded podcast, Control Yourself. The goal of DARK JEANS is to lift the veil on period stigma with humor and give back to communities. Schinderle plans on touring the album and giving back to communities by hosting period product drives for local women’s shelters at each show. Schinderle has already raised over 300+ period products during her album recording.

“At the Mercury, we adore comedian JoAnn Schinderle for her delightfully foul-mouthed/whip-smart observations,”

“JoAnn has an Infectious, hammy energy that still seems sincere, and tells jokes that feel colloquial even though they’re carefully crafted,”

“JoAnn talks about things that most people would 100% keep a secret, ”

Schinderle states, “periods are really having a moment globally right now, but majority of the human population has dealt with this bloody mess monthly since their beginnings of womanhood; that’s not a hack premise, that’s life.” Schinderle would also like to add that she “supports period sex” and “free-bleeding” in efforts to do her part in saving the planet.

“JoAnn showcases her ability to combine fearless comedy with relatable observations in her debut album and we’re excited to share it with the world!”