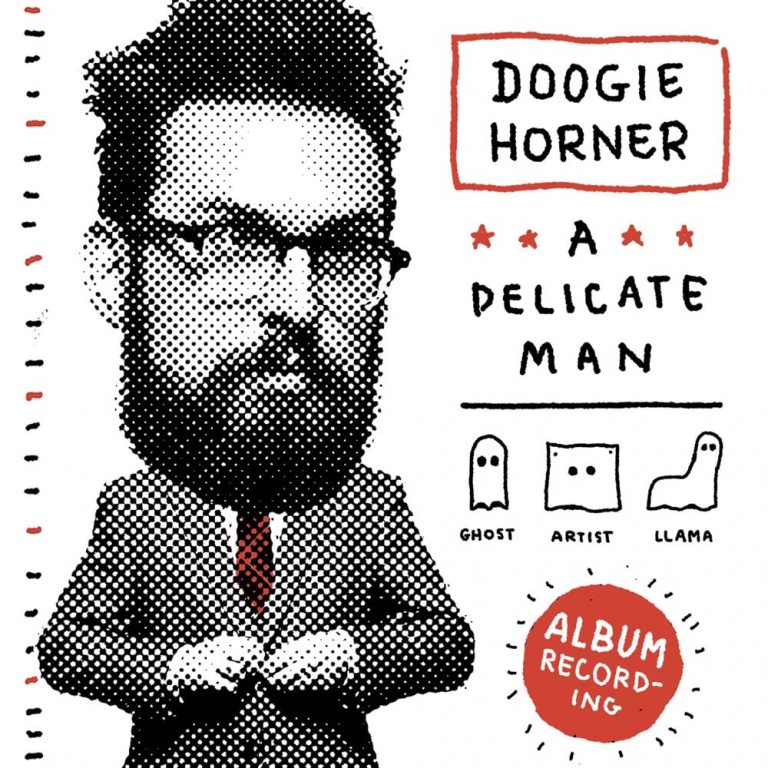 Doogie Horner’s debut record, A Delicate Man is being released by Comedy Dynamics February 12, 2016 on all digital services.

Doogie Horner is a smart, quirky man with creative jokes that will instantly become classics. His offbeat view of the world is sure to make you laugh.

Horner gained national attention during his unprecedented, America’s Got Talent audition when a video of him taming a hostile crowd went viral. He went on to be a semi-finalist on the show. Since then, Horner has performed at the Bridgetown Comedy Festival, was a semi-finalist at both the Laughing Skull and Boston Comedy Festival and was deemed Philly’s Funniest winner at the Helium Comedy Club. His show The Ministry of Secret Jokes won the Best of Philly Award in Philadelphia Magazine. Horner also incorporates comedy into his writing and art. He has authored and illustrated Some Very Interesting Cats Perhaps You Weren’t Aware Of (Workman, 2015), 100 Ghosts (Quirk Books, 2013), and Everything Explained Through Flowcharts (Harper Collins, 2010). His work has made appearances in Wired, McSweeney’s, Fast Company, Boing Boing, the Believer, the London Times, The Sun, and more.