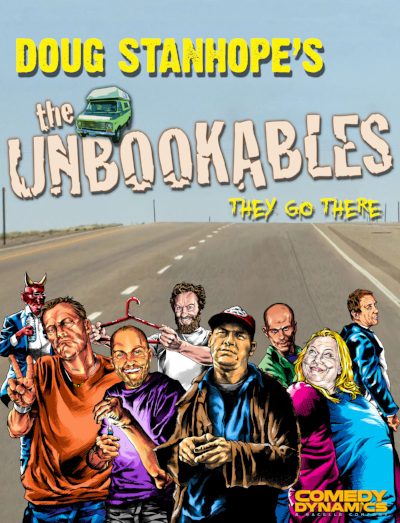 COMEDY DYNAMICS TO RELEASE THE DOCUMENTARY DOUG STANHOPE’S THE UNBOOKABLES ON NOVEMBER 21, 2017

Comedy Dynamics announced today it will release the documentary Doug Stanhope’s The Unbookables on Comcast, DIRECTV, Charter, Google Play, iTunes, Amazon and many more on November 21, 2017.