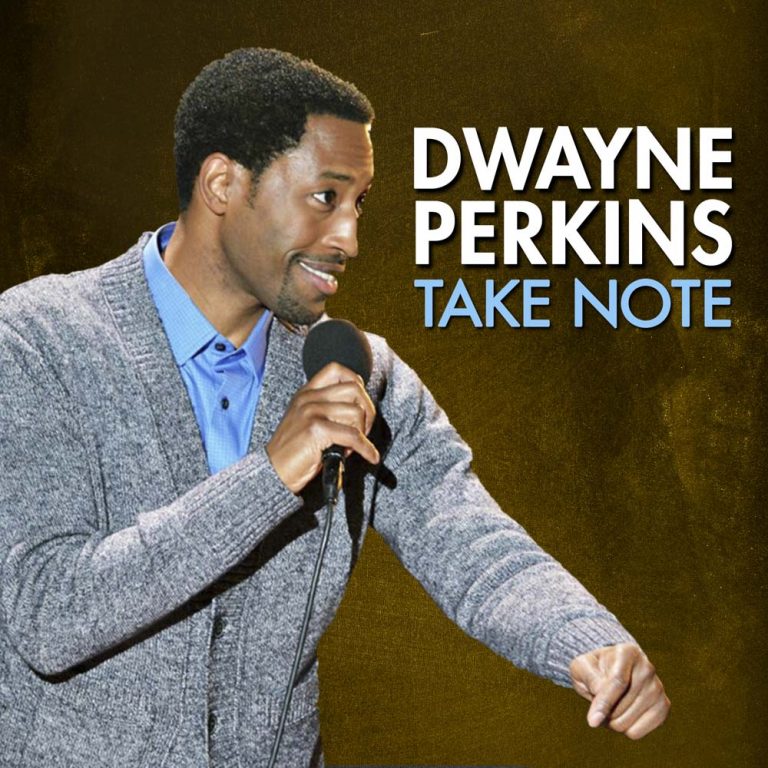 In his hilarious debut comedy special, Dwayne Perkins describes why some sports should be considered activities, jokes about the moment every man becomes creepy and lets the audience know why white people are actually the best dancers. The special originally debuted on Netflix.

Named one of Rolling Stone’s “Five Comics to Watch,” Brooklyn-based comedian Dwayne Perkins has performed stand-up across the world. His television apperances include TBS’s Conan, Comedy Central’s Tosh.0, and NBC’s The Tonight Show. He hosts two popular podcasts: Movie Night Podcast and Off The Top.

“I’m very excited that people can now buy my comedy special Take Note. I feel the concepts are timeless, so this comedy special can be enjoyed months from now and even years from now. With Take Note, I’m able to share my unique point of view on things, inspire thought and, above all, make people laugh,”