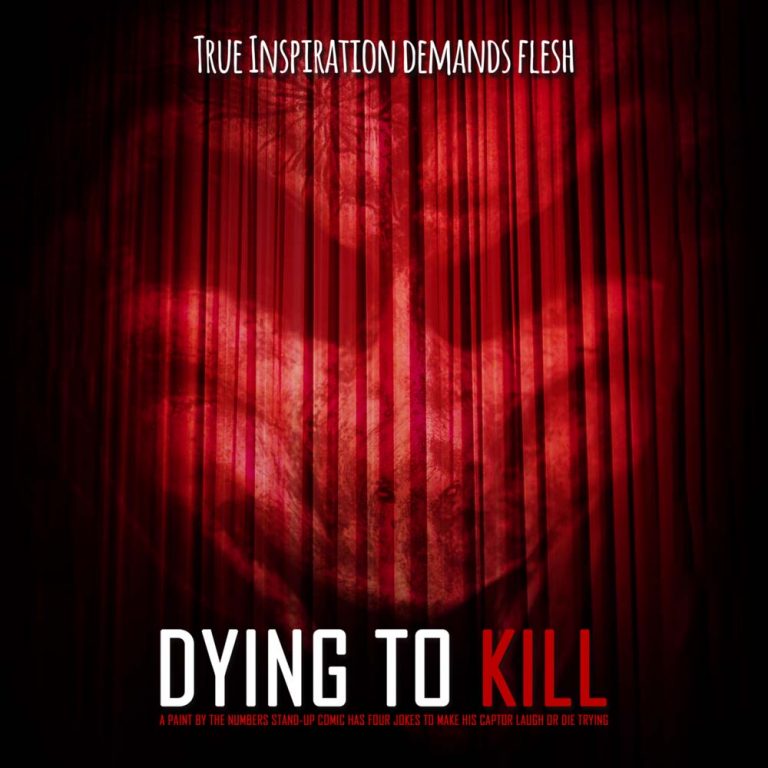 The new horror comedy movie Dying To Kill will be available on all Comedy Dynamics platforms Dec. 13, 2016.

Dying To Kill is about a paint by numbers comedian who is abducted by an obsessed fan and forced to make his captor laugh or die trying. The horror-comedy feature follows the story of Schafer Jones (played by Dwayne Perkins), a loyal husband and comedian whose initial promise of comedic genius never came to pass. One day his comedy is put to the ultimate test when he is held captive by an unhinged fan and forced to make his tormentor laugh or face dire consequences. Schafer will experience pain, fear, loss, and complete disorientation, but still be called upon to be funny.  Will Schafer kill, or be killed?

The film was conceived of by screenwriter, novelist and producer Koji Steven Sakai and comedian Dwayne Perkins and marks the feature directorial debut of award-winning filmmaker Raymond C. Lai. It stars Dwayne Perkins, Lynn Chen and Johnny Skourtis. The film was an official selection at the Philadelphia Asian American Film Festival and Comedy Dynamics is proud to release it on all of its digital streaming platforms.