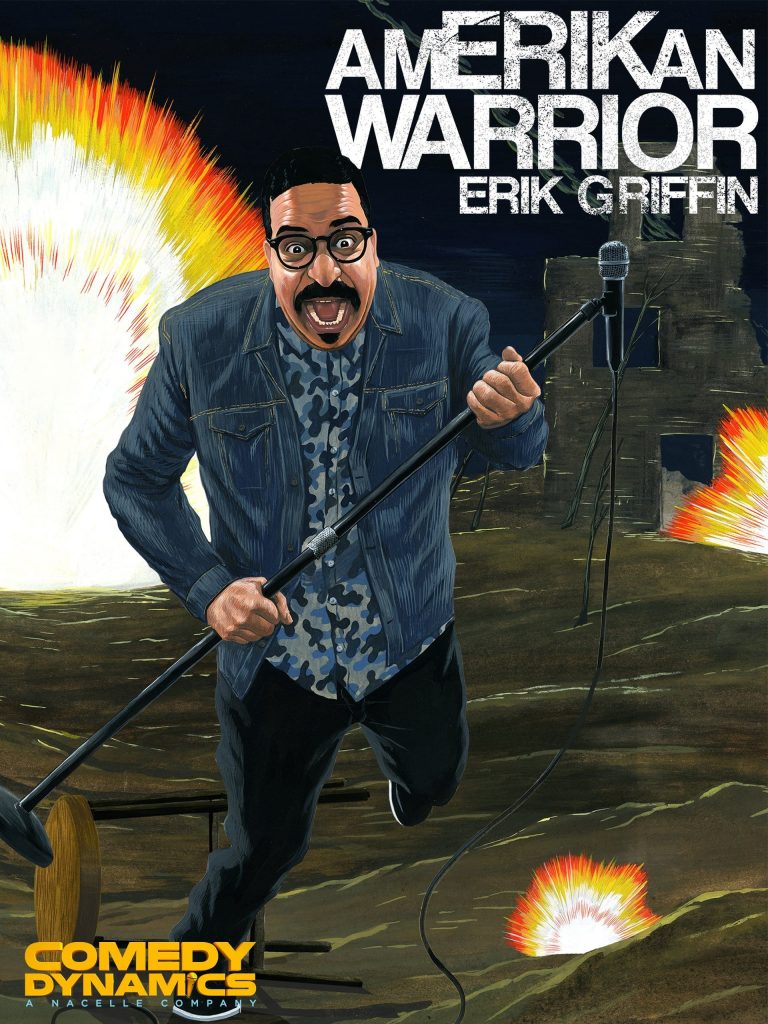 ERIK GRIFFIN: AMERIKAN WARRIOR TO BE RELEASED ON BY COMEDY DYNAMICS

Erik Griffin’s special AmERIKan Warrior will be released by Comedy Dynamics on December 11, 2018. The special was originally aired on Showtime and will now be available to rent or buy on the Comedy Dynamics Network via iTunes, Google Play, Amazon, Microsoft, Vimeo as well as cable and satellite providers. The album will be released on October 5, 2018 on iTunes, Google Play, Spotify and other audio retailers.

While tackling subjects like white guilt, the national anthem, and the righteously religious, Erik Griffin simultaneously skewers his own sense of male entitlement in his newest special AmERIKan Warrior. Recorded in Portland, OR, Erik holds a mirror up to his audience’s hypocrisies and nudges them into laughter while doing some corrective rejiggering on recently accepted societal norms

A towering force of comedy, Erik Griffin is most recognizable as the mustachioed Montez Walker on the hit Comedy Central series Workaholics, which recently wrapped its seventh and final season. Distinguished as a nationally touring comedian who headlines comedy clubs and colleges nearly every weekend, Griffin’s comedy is immortalized on his debut comedy album Technical Foul: Volume One.

“Erik is as funny off camera as you’d expect, and also just as nice and cool to be around,” said Brian Volk-Weiss, CEO of Comedy Dynamics.