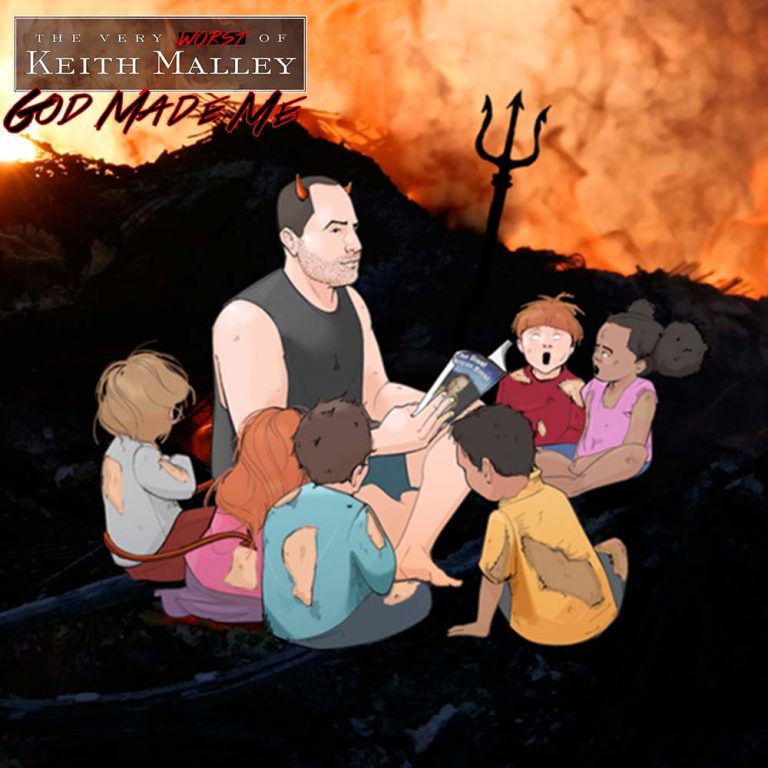 Malley’s 12th stand-up special is a ‘best of’ compilation of all of his darkest and most shockingly hilarious bits from the past 11 years. It is an extension of God Made Me, which was released on Hulu in 2015.

Audio of his 2013 special, Good Clean Fun reached #1 on iTunes in the U.S., Australia, Ireland, the U.K. and Canada. Good Clean Fun is a compilation of some of Malley’s favorite bits with the language cleaned-up. In his follow up special, God Made Me, Malley took the opposite approach. He indulged in all of his “worst” material – the most damaged, vulgar, and offensive bits he had.

Since 2004, Malley has recorded a full-length comedy special every year on his birthday, April 15th, All of his specials are produced by Keith’s podcast co-host, Chemda (Keith and The Girl). The Keith and The Girl podcast recently completed a 10-city national tour in celebration of its 10-year anniversary. It is one of the longest-running and most respected podcasts in the industry. Past guests have included Marc Maron (WTF with Marc Maron), Hannibal Buress (Broad City), Myq Kaplan (Last Comic Standing), and many more. For more information visit KATG.com God Made Me – The Very Worst of Keith Malley – Vol. 2. was written and performed by Keith Malley. Brian Volk-Weiss, Jack Vaughn, and Cisco Henson executive produced.