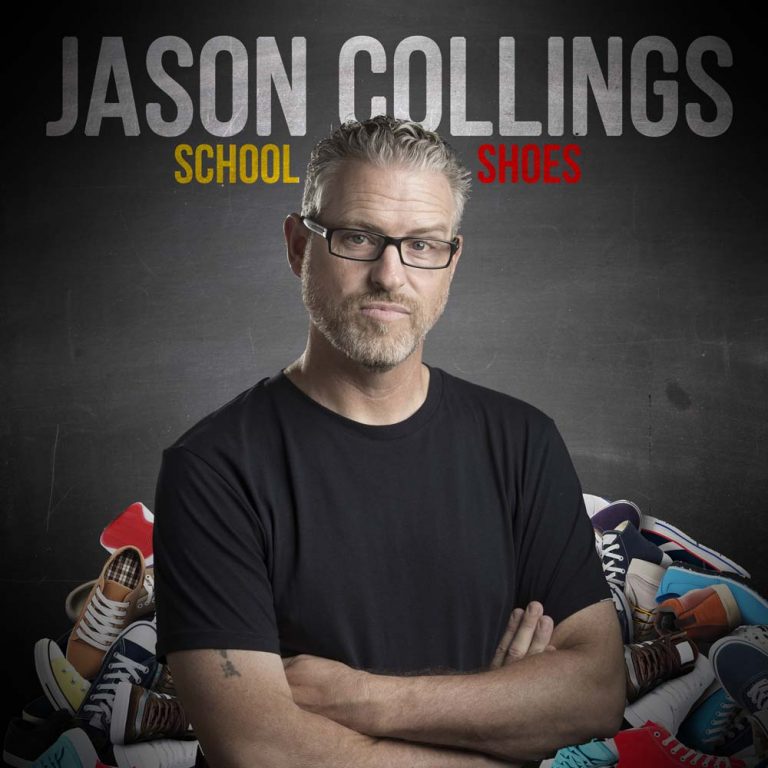 Collings brings his unique and blunt style of observational humor to his debut album School Shoes. He talks about his issue with man buns, what it’s like living with his millennial sons, why airplane safety instructions are ridiculous and the hilarious reason he became a little league coach. The album was recorded at The Comedy Store in La Jolla, California.

Jason Collings is a stand-up comedian, actor and writer. He has appeared on NBC’s The Tonight Show with Jay Leno, AXSTV’s Gotham Comedy Live, BET’s Comic View and more. He is a well-known regular at The Laugh Factory, the Improv, the Ice House, the Punchline and The Comedy Store. He has performed his stand-up across the country alongside Jo Koy.