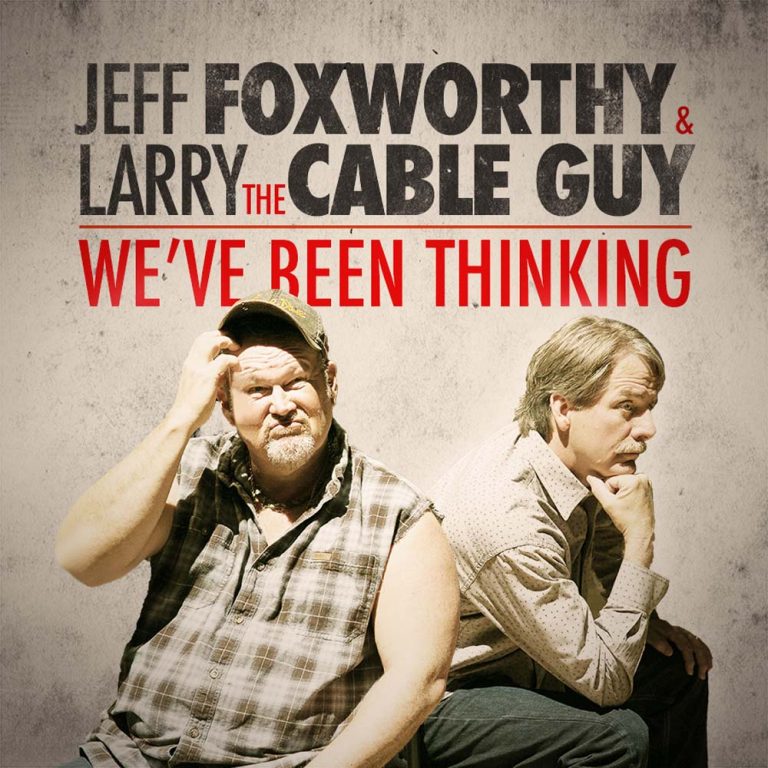 Comedy Dynamics announced today it will release Jeff Foxworthy and Larry the Cable Guy’s comedy album We’ve Been Thinking… on all digital audio retailers on September 29, 2017.

Jeff Foxworthy and Larry the Cable Guy, two stand-up comedy icons, have been thinking about a lot in their new album. The two discuss everything from the Zika virus to the Kardashians, kidney stones, the never-ending questions women ask and so much more. The special originally aired on Netflix on August 26, 2016.

Jeff Foxworthy is one of the world’s most respected comedians. He’s the largest-selling comedy recording artist, a multiple Grammy Award nominee, and bestselling author of more than 26 books. He has hosted or starred in five television series and was also part of one of the most successful comedy tours of all time, The Blue Collar Comedy Tour.

Larry the Cable Guy is a multiplatinum recording artist, Grammy nominee and one of the top comedians in the country. He is the voice of the beloved Mater in the Golden Globe-winning animated feature film Cars, Cars 2, and Cars 3 from Disney/Pixar. He also starred in several features films, television series and was part of The Blue Collar Comedy Tour. In addition, he and Jeff have their own comedy channel on Sirius/XM, Jeff & Larry’s Comedy Roundup.