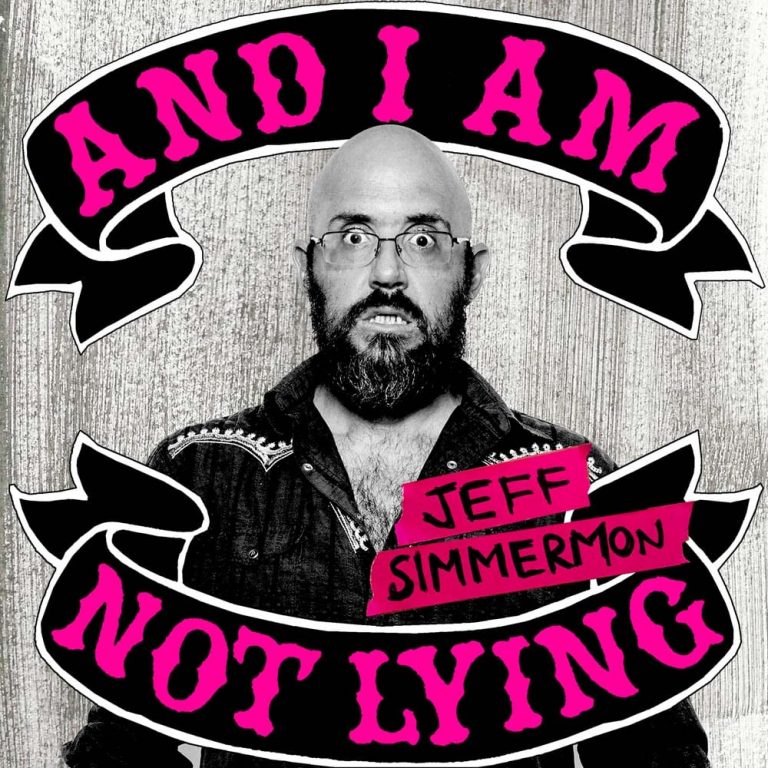 JEFF SIMMERMON: AND I AM NOT LYING

Comedy Dynamics to release Jeff Simmermon's "And I Am Not Lying" on June 9. Story-telling comedian’s debut album dives into his chicken band, dinner with the reverend Al Sharpton, kangaroo hunts & a surprise divorce. Simmermon has been heard on This American Life & The Moth Radio Hour.

New York, NY (April 27, 2017) – “The best stories are the ones that you want to listen to over and over again. They speak to you and you want to listen to them the way you listen to music: to hear lines and phrases as well as the rhythm of the whole thing.” So says Jeff Simmermon, who’s always been a storyteller. Jeff Simmermon will release his debut album of comedic tales, And I Am Not Lying, on June 9 via Comedy Dynamics.

Recorded at the Black Cat in Washington, DC at the end of 2016, And I Am Not Lying is an oratory carnival into Simmermon’s chicken band (Royal Quiet Deluxe), slaughtering kangaroos in the Australian outback, cancer, subway groceries, dinner with the Reverend Al Sharpton, dating following a surprise divorce and so much more.

In Simmermon’s art-rock band, Royal Quiet Deluxe, he played the typewriter as a percussion instrument along with two chickens improvising on toy pianos. His ludicrous yet whimsical anecdote on this subject weaves from performing in Virginia and their potential tour of Japan to illustrating this musical endeavor to the Reverend Al Sharpton while seated together at a formal Hampton Roads dinner reception.

This tale is only one of many on And I Am Not Lying and each lures you in as it unfolds. First you’re intrigued, then captivated, sometimes disgusted, then laughing but on the verge of weeping as well. No matter the roller coaster of emotions, each story is an entertaining construction of varying nuance.

Jeff Simmermon is a storyteller, standup comic and the producer/performer behind ‘And I Am Not Lying,’ a variety show that combines stand-up, storytelling, burlesque, sideshow and music at UCB East in NYC. He’s won multipleMoth StorySLAMS, including a GrandSLAM and his stories have appeared on This American Life, The Moth‘s podcast and in written form in The Paris Review Daily.

Simmermon can remember doing standup at a show-and-tell when in the 5th grade, “I told some jokes I heard on the radio, then lost the room when I tried to repeat a chunk about drinking and drugs from Robin Williams’ Live at the Met.” He eventually learned the power of the comedic long-form growing up listening to Prairie Home Companion with his parents and then running upstairs to listen to Eddie Murphy and Richard Pryor records.

“I really believe in taking full responsibility for my role in a story, a personal story can span a number of timeframes and locations; the only constant is me. I like to think about why I reacted the way I did, how I got myself into a situation, what it is that I wanted that either led me in deep or made me ignore any number of warning signs to press onward.”

I think that every story should be able to answer the question, ‘well, why didn’t you just go home?’”

Simmermon will be on the road this summer performing stories from And I Am Not Lying with dates to be announced shortly.

“You’re not headlining material, but no one wants to go on after you”