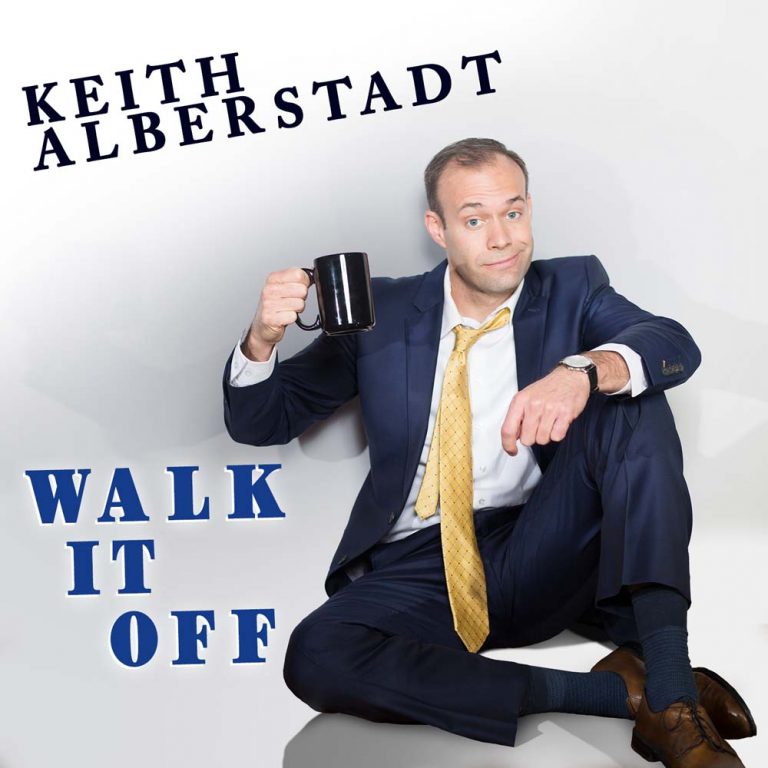 KEITH ALBERSTADT: WALK IT OFF

COMEDY DYNAMICS RELEASES KEITH ALBERSTADT: WALK IT OFF ON 3/18

LOS ANGELES – Keith Alberstadt’s newest record, Walk It Off is being released by Comedy Dynamics March 18, 2016 on all digital services. It’s his fourth record overall, following the successful Appetite for Comedy, One Night Stand and It’s Pronounced Jenkins.

Alberstadt is every man’s man, every woman’s man, and every comedian’s comedian. He infuses his relatable material with sarcasm, wit, and a unique blend of intellect that will have you laughing every minute.

Alberstadt has taken his stand-up to clubs all over the world while also being featured on several late-night talk shows and contributing to several other entertainment projects. Credits include The Late Show with David Letterman, Late Night with Seth Meyers, Last Comic Standing, Comics Unleashed and Fox News’ Red Eye. He was in the Final Four for CMT’s nationwide search for the “Next Big Comic,” a freelance contributor to Saturday Night Live’s weekend update, a contributing writer for Late Night with Jimmy Fallon, and can be heard regularly on the nationally syndicated Bob and Tom Show, Rick and Bubba Show, and The John Boy and Billy Show. In addition to touring around the country, Alberstadt has made eight tours overseas to entertain US troops serving in Iraq, Afghanistan, and throughout the Middle East.

Comedy Dynamics is the largest independent comedy production and distribution company in North America, producing the highly-anticipated new series on History, Join Or Die with Craig Ferguson, and working with a wide-range of established and emerging comedic talent including Kevin Hart, Louis C.K., Aziz Ansari, Jim Gaffigan, Bill Burr, Katt Williams and many more. Eight albums produced by the company have been Grammy-nominees, one of which, Louis C.K. Live At Madison Square Garden, won in 2016 for Best Comedy Album. The Comedy Dynamics catalog is available on several video streaming platforms including, but not limited to: Hulu, Roku, iOS, Amazon, and Android. In 2015, the company launched its first original series, Coming To The Stage, which serves as a launching pad for aspiring comedians.