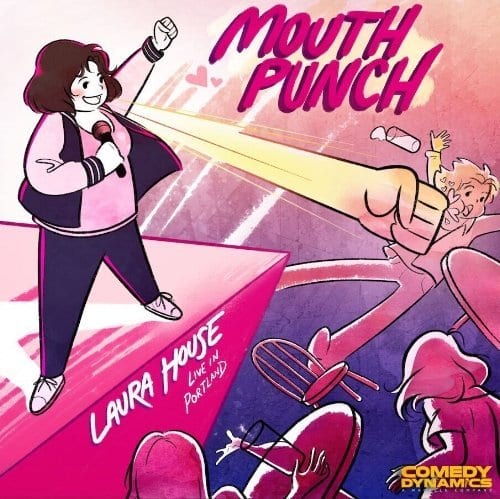 Laura House’s Mouth Punch is a refreshing, fun mix of energy, stories and one-liners. She discusses everything from her thoughts on the American south, her experiences dating and the time she met Oprah. There’s even a bonus track where she teaches the entire audience to meditate. The album was recorded at the Curious Comedy Theater in Portland.

Laura House is a headline comedian who has appeared on HBO, Comedy Central, NBC and more. She was the first female comic to perform on the first Native American stand-up show, FNX’s First Nation Stand-Up. She has worked with Margaret Cho, Janeane Garofalo, Patton Oswalt and more. She has written on the Emmy-winning shows Mom and Samantha Who, BAFTA-winning Secret Lives of Boys and Loosely Exactly Nicole.