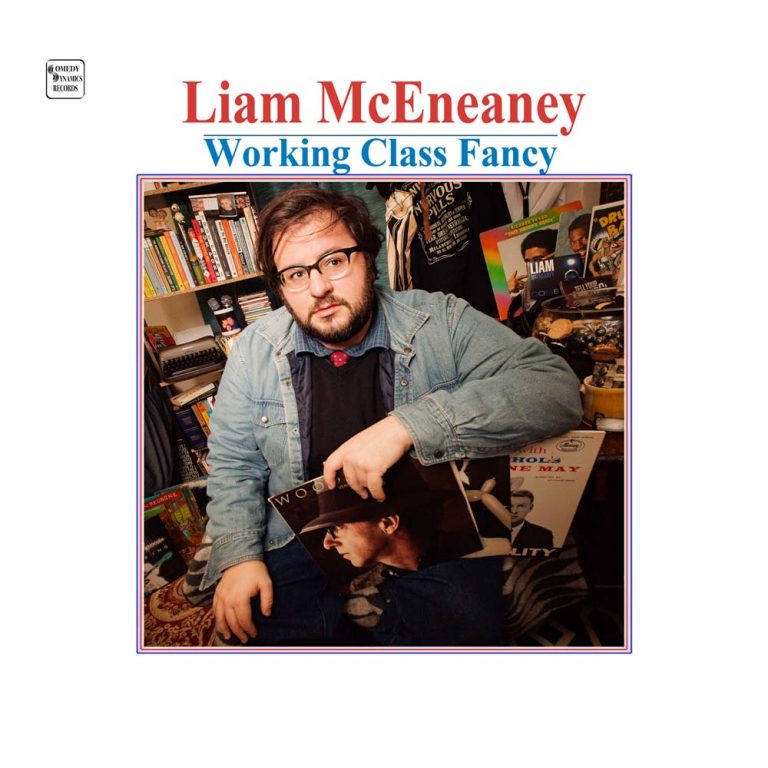 LOS ANGELES – Comedy Dynamics will release Liam McEneaney’s stand-up comedy record, Working Class Fancy, May 20, 2016 on all digital services. His 2013 album, Comedian, debuted at the top of the Amazon and iTunes comedy charts.

His ex-girlfriend took his toilet paper when she left, he thinks men are crazier than women, and he thinks Detroit is better than Paris. Working Class Fancy explores the plight of a modern day man who has given up on love and is eating ice cream off his belly.

McEneaney has appeared on Showtime, IFC, Comedy Central, CNN, HLN, and spent two seasons as a panelist on VH1’s Best Week Ever. His podcast appearances include multiple episodes of WTF with Marc Maron, Keith and the Girl, The Todd Barry Podcast, and News Whore with Mandy Stadtmiller among others. His concert film, Tell Your Friends!, premiered at the SXSW Film Festival and starred Reggie Watts, Kurt Braunohler, and Kristen Schaal. Lewis Black called him “funny and smart and off kilter in the best possible way… And he’s not an asshole.” Eddie Pepitone said he is “one of the great deadpan wits that I know. Funny guy who continues to keep me laughing and that’s hard to do if you know me.”