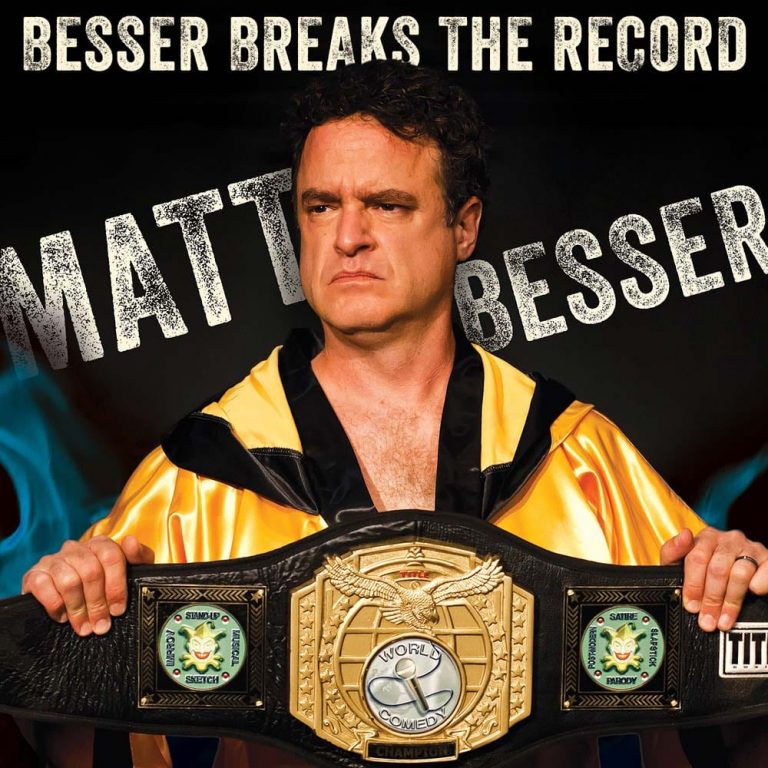 Filmed live at the UCB Theater in Hollywood, Matt Besser breaks the mold of an average stand-up comedy special. His improv skills don’t disappoint as he brings a variety of characters with him to the stage along with his collection of angry Letters to the Editor (of which he reads and sings aloud). Besser fills his special full of theatrical surprises, which are all just the cherry on top of his natural comedic talent.

“Matt Besser is one of the founders of the current and next generation of comedy creators. To be working on a show like this is to be part of the kind of ground-breaking comedy history we embrace.”

Debuting January 2016 on Seeso, is The UCB Show with Matt Besser, Amy Poehler, Matt Walsh, and Ian Roberts. Besser also appears in the web series parody, The Hotwives of Orlando, streaming on Hulu now. He is best known for creating and writing the TV Movie This Show Will Get You High (2010), the TV Series short Myspace Tom (2007), and for being the star/founding member of the 1998 TV series Upright Citizens Brigade (UCB) alongside Poehler, Walsh, and Roberts. UCB opened a comedy theater and improv school operating in both New York City and Los Angeles. He created and starred in a number of TV series including Crossballs and The Very Funny Show for TBS.com. More recently, he wrote and co-directed his first film musical, Freak Dance, based on a long-running UCB show. Currently, he hosts a weekly-improvised comedy podcast called improv4humans on the Earwolf podcasting network. Besser and the UCB still perform several times a week at the Los Angeles Theater, most notably in the world-famous show ASSSSCAT 3000 every Sunday night.