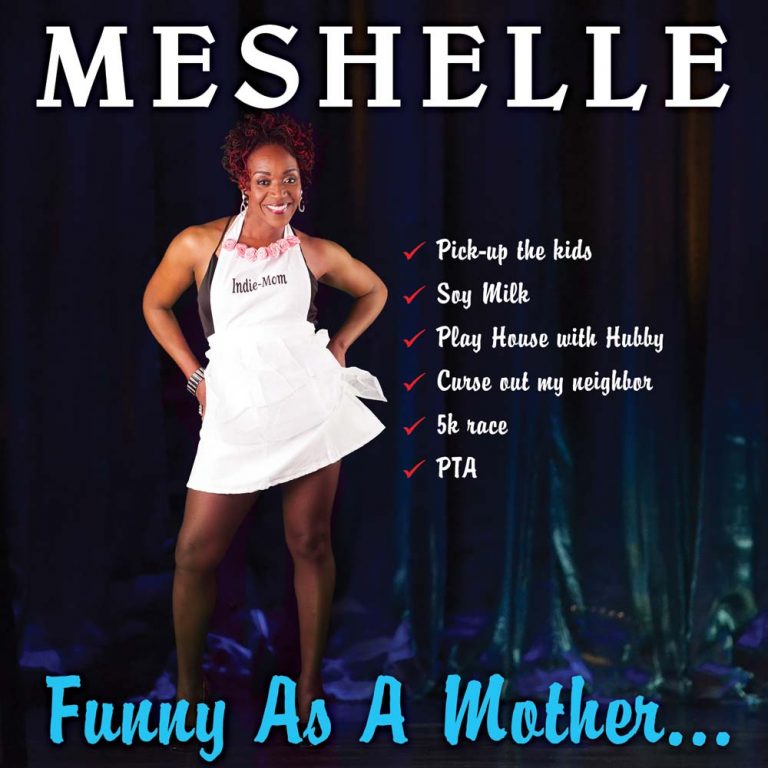 Meshelle Funny as a Mother

Comedy Dynamics will release MESHELLE’s debut comedy album, Funny As a Mother…, on iTunes, Google Play, and all other digital retailers and streaming sites on January 22, 2016.

“Independent, innovative, with individuality” are the perfect words to describe MESHELLE “The Indie-Mom of Comedy.” Her quirky sass and vibrant personality is in a category of its own. If being a mom wasn’t cool before, MESHELLE makes it look like an exciting adventure.

MESHELLE is an Off-Broadway award-winning comedienne and actress whose television appearances include Nickelodeon, STARz, BET, TV-ONE, ASPIRE TV, ABC and NBC. Her distinctive, no holds-barred stand-up has led her to become a fast rising performer on the Chicago, New York and Los Angeles comedy scene. MESHELLE’s award-winning one-woman show, “Diary of A MILF” (Mom I’d Love to FOLLOW), has been on the theatre festival circuit for four years. The show has found a home Off-Broadway and landed MESHELLE an award for “Outstanding Solo Performer” (2014) during the Midtown International Theatre Festival (NY, NY). In 2015, the show debuted in Los Angeles to sold out performances, and is poised to run in New York City.