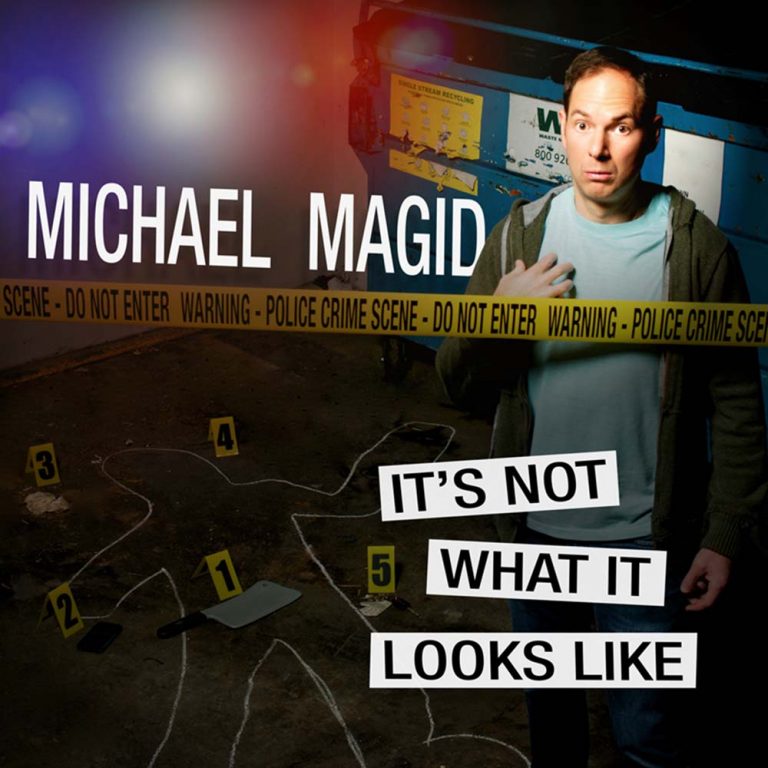 COMEDY DYNAMICS TO RELEASE MICHAEL MAGID’S DEBUT COMEDY ALBUM IT’S NOT WHAT IT LOOKS LIKE ON JUNE 15, 2018

LOS ANGELES, CA – Comedy Dynamics announced today it will release Michael Magid’s debut comedy album It’s Not What It Looks Like on all digital audio retailers on June 15, 2018.

Michael Magid’s  It’s Not What it Looks Like is a a mix of self deprecating “misunderstandings” and biographical accounts of an upbringing in a mixed cultured environment.  Magid discusses never really accepting an identity; and eventually coming to grips that being mixed (and feeling out of place) is okay. The album was recorded at the Genghis Cohen Theater in West Hollywood, CA.

Born in Caracas Venezuela but raised primarily by a Jewish banker; Michael Magid is a grad of the Second City Conservatory and is a co-founder of the sketch group “Recycled Babies”. He has been seen at Meltdown, Big Pine Fest (Best of ’17), The Comedy Central Stages, Seattle Sketchfest, and more.  Catch him this summer on the multimedia ” World Cup Comedy Tour”  (with Total Soccer Show & The Cooligans), or with Recycled Babies on Amazon with their new comedy series  “High Land Parking”.