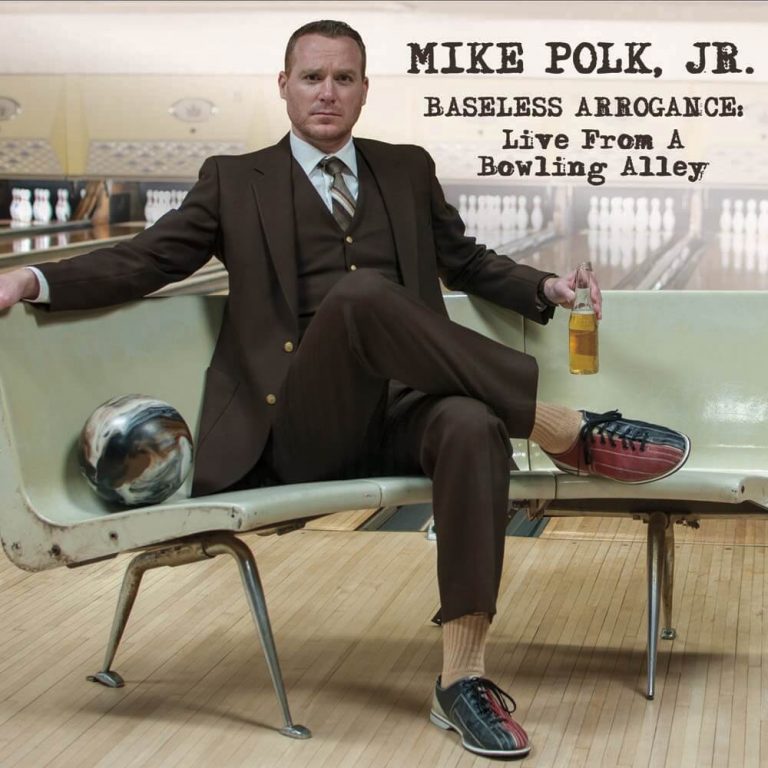 Polk is one of the funniest comics who you don’t already know by name. But, you may have seen his work. He’s quick, smart, and gives off a “guy-you-roomed-with-in-college-and-made-you-laugh-harder-than-anyone-you’ve-ever-met” type of vibe. Topics covered in his album range from dry weddings to having a peanut allergy bullied out of him as a kid to accidentally following Eddie Money on tour. He sang the last track, “Spanish Love Song,” for Kim Kardashian on the Spanish television channel, Telemundo.

Staying true to his “dance with who brought you there” demeanor, Baseless Arrogance was performed and recorded in front of a live audience in a Cleveland bowling alley.

Polk has received over 50 million views on YouTube for his witty internet videos including the viral sensation, “Hastily Made Cleveland Tourism Video” which garnered over 7.6 million views alone. He authored and published the satire, Damn Right I’m From Cleveland in 2012, created the drinking card game Cleveland Drinks: The Ohio Party, is part of the popular sketch comedy troupe “Last Call Cleveland,” and currently performs in comedy clubs across the northeast. He was named one of Cleveland Magazine’s Most Interesting People and Scene Magazine readers perennially vote him Cleveland’s Best Local Comedian and even their Best Author in 2013.