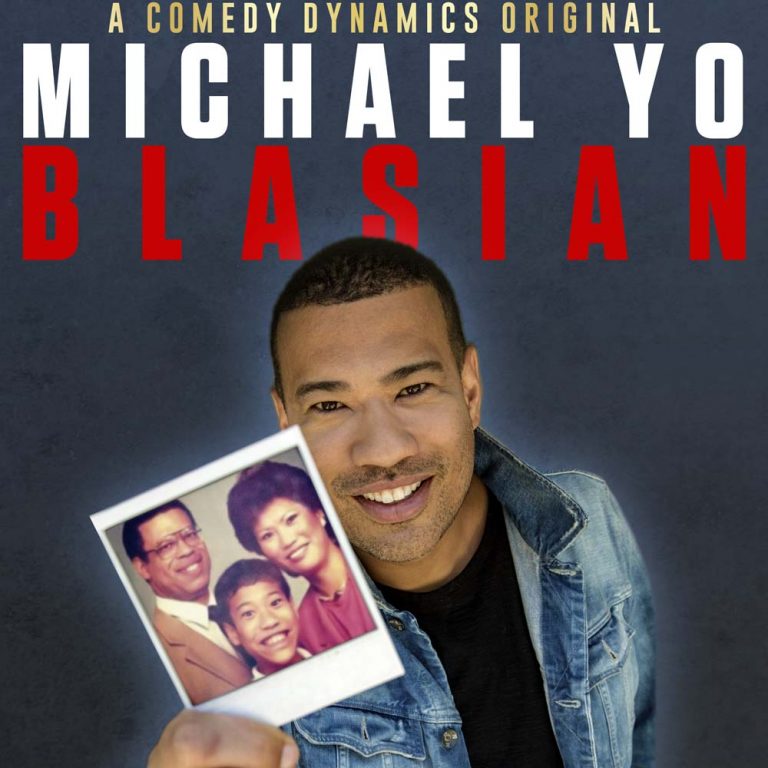 LOS ANGELES, CA– Michael Yo’s new comedy special Blasianwill be released by Comedy Dynamics on November 27, 2018 premiering on Amazon, iTunes, Google Play and many other platforms. The album will be released on November 30, 2018 on all digital and physical audio retailers.

Family first comedian and bona-fide Blasian, Michael Yo, brings his uniquely personal blend of comedy to his debut stand up special. Born and raised in Houston, TX, Michael talks about the issues growing up half Black and Asian in a place where he really stood out. Now he’s navigating marriage and of course, his ultimate job as a father to his Black, Asian and White son. This special is about the beauty and complexities of family with all its ups and downs no matter skin color, race or religion.

“In a country so divided we all can all agree that family comes first…unless they disagree with you! I wanted to create a special that you can watch with your family and get away from the drama of the outside world for an hour,” said Michael Yo, the comedian himself.

A 2-time Emmy nominee, Michael Yo is a comedian/actor/host keeping busy in all of Hollywood’s platforms. In stand up, Michael came up under the wings of Chelsea Handler and Jo Koy and now headlines all over the country. In acting, Michael recently reoccurred on “Kevin Can Wait,” shot a Damon Wayans Jr.’s pilot “Happy Together” for CBS, and was a principal in Facebook’s upcoming Facebook Watch first sitcom series, “Starter Pack.”