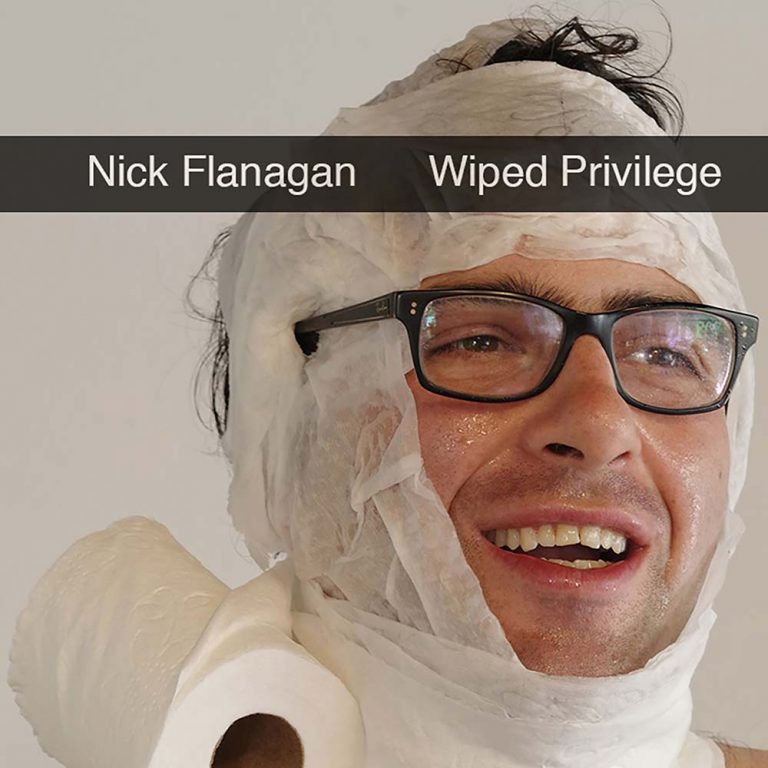 A lot has changed in those six years  – in 2010, emojis were less present in our lives. The “alt-right” was just Dennis Miller. Nick was 30 and the band he sang for broke up.   Six years has brought about self-reflection, a more conversational style of comedy and pretty much the same amount of awkwardness as ever. He also sings in a new band, Wrong Hole.  Recorded and mixed by Ian Reynolds over two shows in Toronto and one in Hamilton, Ontario, Wiped Privilege represents Nick’s slow shift into deep adulthood, hopeful for the future while aware that with each passing day there is less future. More information on Nick’s past few years can be found in this Splitsider interview.

To cap a year that included tour dates with Neil Hamburger, appearances on some of LA’s best comedy shows and several film and TV appearances, including upcoming Colombia-shot feature comedy The Sundowners, he’ll be celebrating the release by performing a long set in LA on December 8th at Night Comedy, a monthly show he co-produces and often hosts at Night Gallery  in DTLA. On the bill are Josh Fadem, Kate Berlant, Sam Jay and host Casey Jane Ellison.

Also of note: I’m Here All Weak’s release was accompanied by a surreal video made by internet gang Famicon, most famous for their viral “Bart The General” Simpsons mutation  and the animation collective is currently working on a piece to accompany Wiped Privilege – their first work in 5 years.