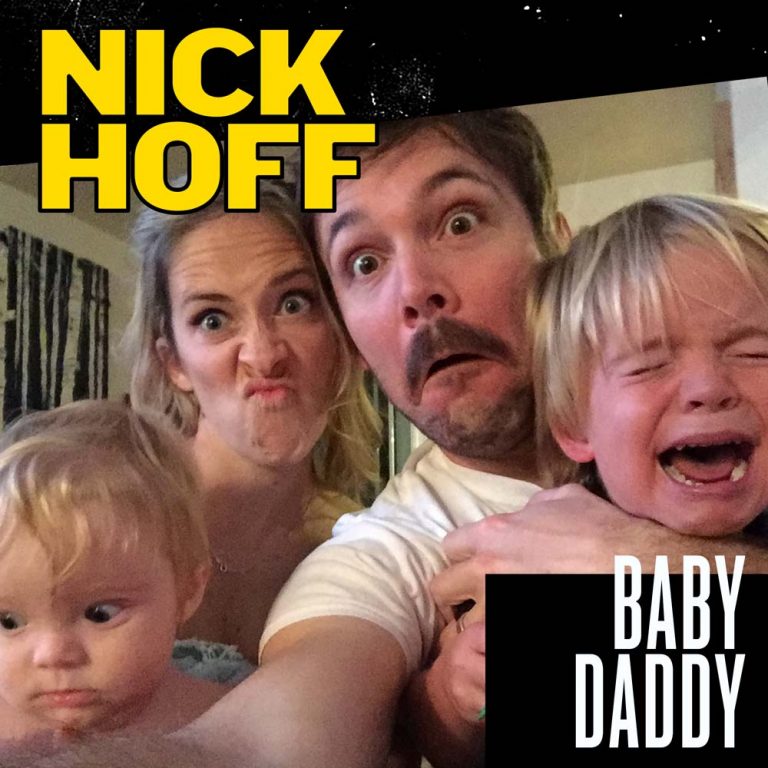 “I have been working with Nick Hoff for the last two years. He has made me laugh hundreds of times. He is a great young comic with a very bright future. The s is the first of many albums! Congrats Nick!” said Jeff Foxworthy.

In Nick Hoff’s hilarious debut comedy album Baby Daddy, the comedian discusses the many things he has learned from living with his wife, the carry on he brings in case of emergencies on flights and  the fight he almost got in with his wife’s doctor. The album was recorded at the Funny Bone Comedy Club in Omaha.

“Working with Jeff and Larry to put out this album has been an honor, and a dream come true,” said Nick Hoff.

“Nick is a hilarious rising star in comedy. I am happy to be putting out his album,” said Brian Volk-Weiss, CEO of Comedy Dynamics.