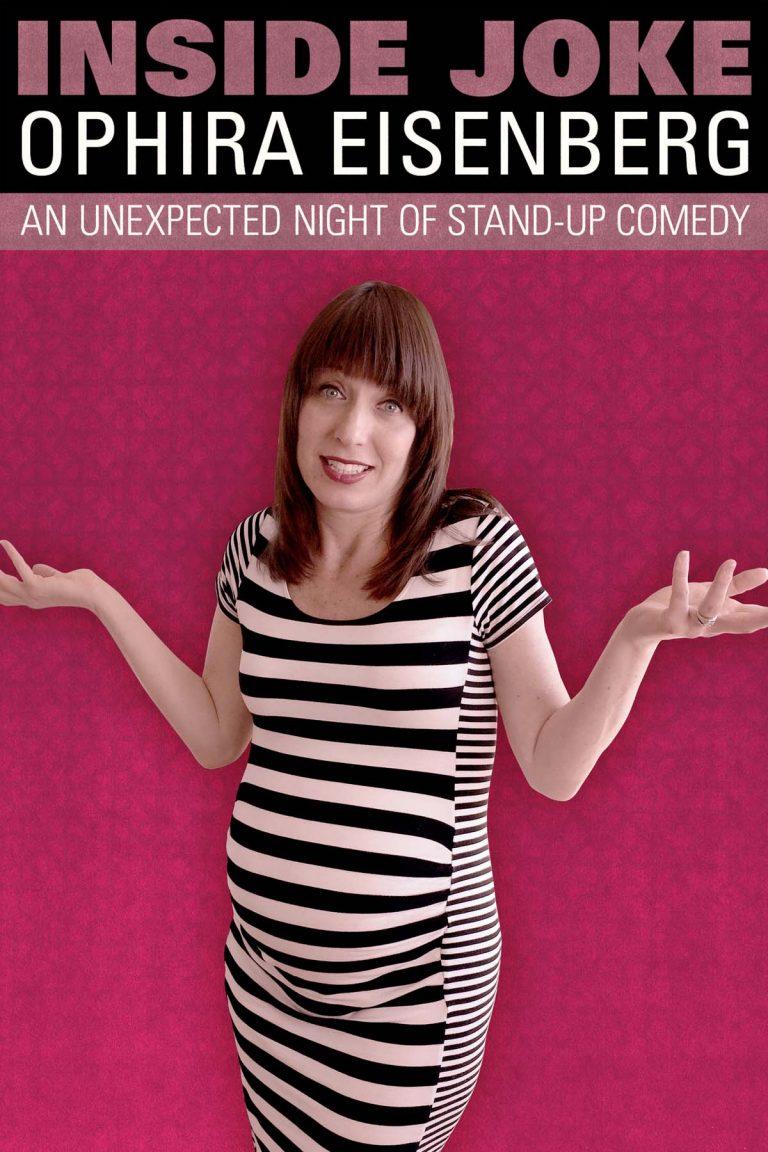 Ophira doesn’t like kids and never wanted to have them. That’s why the joke’s on her, when she finds herself pregnant at an “advanced maternal age” and entirely unprepared for prenatal anything, let alone rearing another human. Seamlessly blending standup and storytelling, this special was a stunt in itself, recorded at 34 weeks pregnant, for one night only. In it, Ophira Eisenberg gets real about her own impending parenthood, her radical identity shift from cocktailer to egg counter, and finds the upside to “ruining your life.”

Ophira Eisenberg is a comedian, author and host of NPR and WNYC’s trivia comedy show, Ask Me Another. She has appeared on HBO’s Girls, Comedy Central, The Late Late Show, The Today Show, AXS’s Gotham Comedy Live and more. Ophira’s memoir, Screw Everyone: Sleeping My Way to Monogamy was optioned for a feature film with Zucker Productions. She has also been featured numerous times on the award winning radio show and #1 podcast, The Moth Radio Hour.