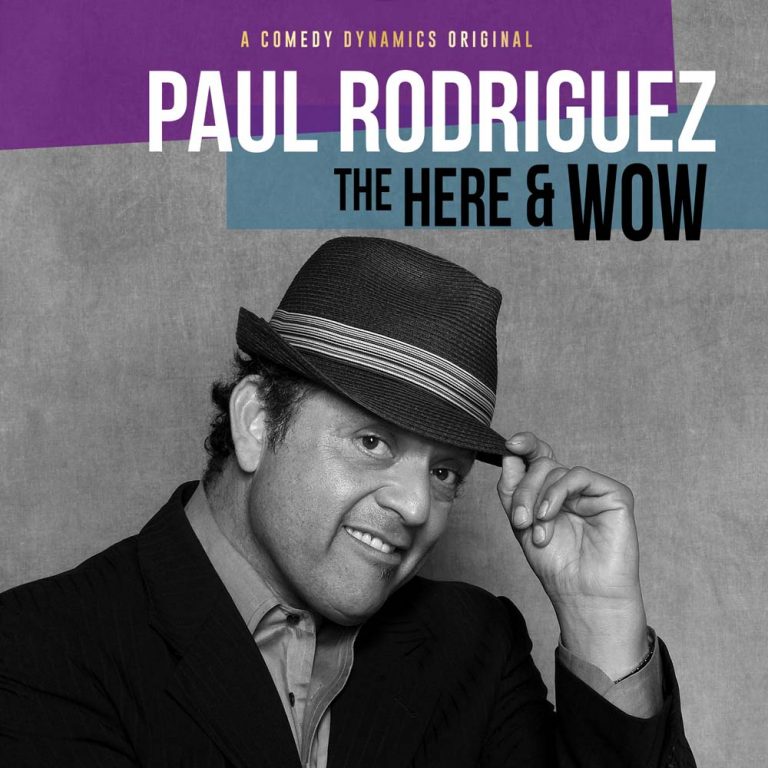 LOS ANGELES, CA – Paul Rodriguez’s new comedy special The Here & Wow will be released by Comedy Dynamics on May 1, 2018 premiering on Amazon, Comcast, DIRECTV, AT&T, DISH, iTunes, Charter, Google Play and many other platforms. The album will be released on May 4, 3018 on all digital and physical audio retailers.

Just in time for Cinco de Mayo, veteran comedian Paul Rodriguez hits the stage to give you his perspectives on life. From being peer pressured into believing in God to claiming to be the village idiot, Paul will make you sit back and laugh! The special was taped in downtown Los Angeles at the Palace Theater.

“One city at a time for over 30 years, I’ve been bringing laughter all across this country, and all around the world. Jokes and stories bring us together, so I’m thrilled to be able to release this special to my fans and do just that,” said comedian Paul Rodriguez.

One of the most influential Hispanic comedians today, Paul Rodriguez has appeared in countless movies and television shows over the years, from The Original Latin Kings of Comedy to Blood Work with Clint Eastwood, Rat Race, Ali and more. He was named one of Comedy Central’s 100 Greatest Stand-Up Comedians of All Time, and is also known for his humanitarian work.