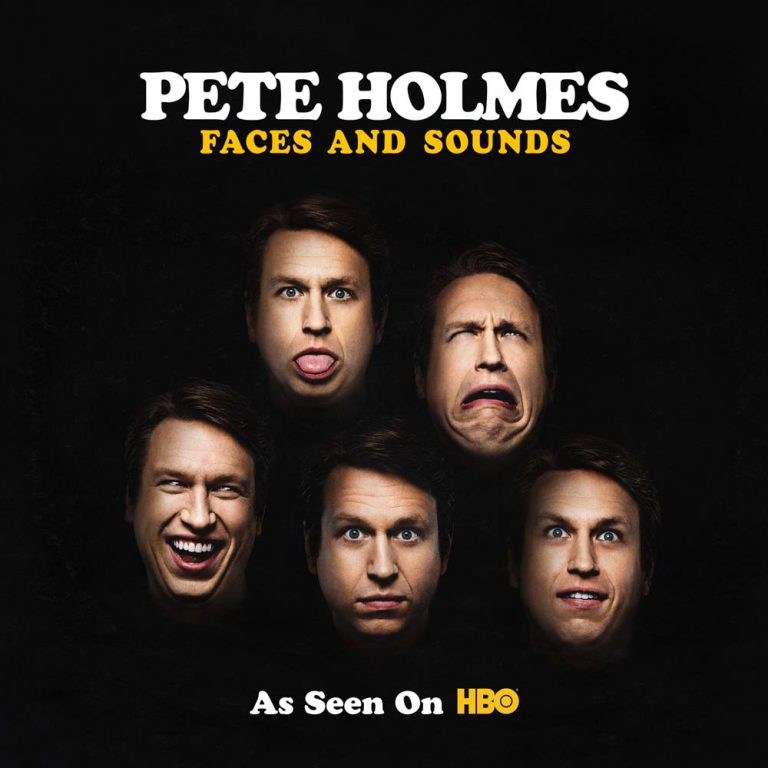 Whether talking about attending an Enrique Iglesias concert by himself or wishing he could understand how the trumpet works, Pete Holmes keeps the audience in an uproar in his latest album Faces and Sounds. The special originally aired on HBO on December 3, 2016.

This is Pete’s third stand-up album after Impregnated With Wonder (2011) and Nice Try, The Devil (2013). He hosted The Pete Holmes Show on TBS, hosts his own hit podcast You Made It Weird with Pete Holmes and created the 8-episode series on HBO called Crashing.

“I know the special is called Faces & Sounds, but trust me, the sounds are the best part,” said Pete Holmes.

“True. He’s got some of the best sounds in the business,” said Brian Volk-Weiss, CEO of The Nacelle Company.