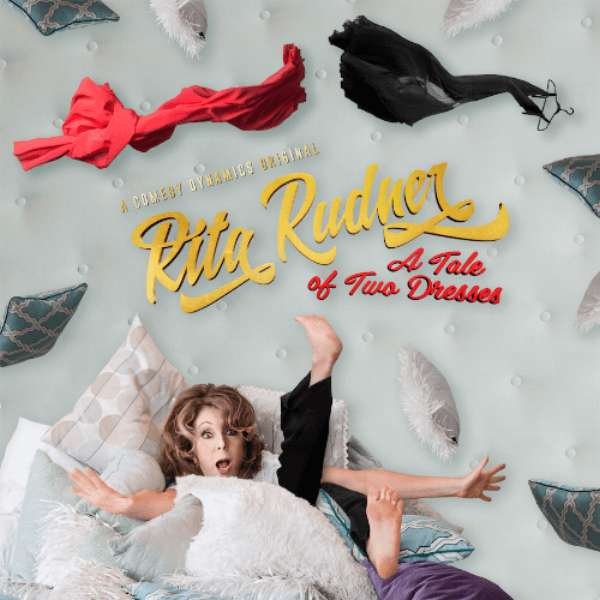 Rita Rudner’s new comedy special A Tale of Two Dresses will be released by Comedy Dynamics and onto their network September 4, 2018. The special will be premiering on Amazon, iTunes, Google Play, Comcast, Charter Cox, and many other platforms. The album will be released on September 7, 2018 on all digital and physical audio retailers.

In her tenth comedy special, Rita Rudner discusses life, parenting and her contentious relationship with Siri. Rita’s teenage daughter, singer/songwriter, Molly Bergman, also appears on the special, singing one of her songs.The special was taped at the Palace Theatre in Los Angeles, CA.

“I hope people enjoy my special. Laughter is the best medicine, but don’t ignore penicillin,” said Rita Ruder, the comedienne, herself.

A house-filling favorite in Las Vegas since she opened in June of 2000, Rudner is known for her epigrammatic one-liners. Over the course of a multi-year run she sold almost two million tickets, grossed over a hundred million dollars and become the longest-running solo comedy show in the history of Las Vegas. She was named Las Vegas’s Comedian Of The Year nine years in a row and in 2006 received The Nevada Ballet’s Woman Of The Year Award. Last year she was given the 2017 Casino Entertainment Legend Award by the Global Gaming Expo.

“I’ve never had a single conversation with Rita, from shooting her special to phone calls and emails, that wasn’t memorable and always hysterical” said Brian Volk-Weiss, CEO of Comedy Dynamics.