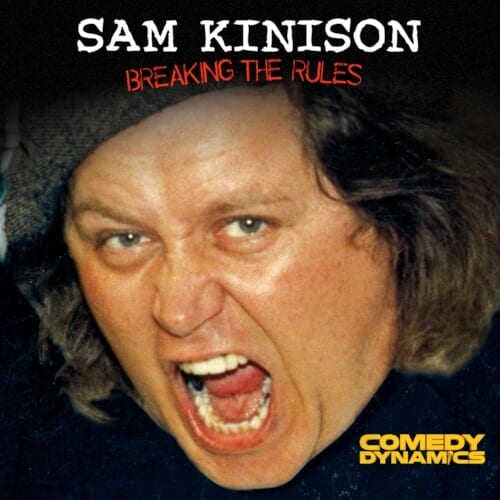 Comedy Dynamics will release Sam Kinison: Breaking The Rules on iTunes, Spotify, Google Play, and all other digital retailers and streaming sites on September 2, 2016. It will also be released on vinyl.

Recorded live in 1987 at the Roxy Theater in Los Angeles, Sam Kinison’s Breaking The Rules perfectly exemplifies the late comedian’s raw humor. He wrote and starred in two high-rated HBO stand-up specials, (Breaking The Rules being one of them) appeared in Rodney Dangerfield: It’s Not Easy Bein’ Me, Saturday Night Live, and the feature film Back To School, along with being voted onto Comedy Central’s “All-Time Top 20 Stand-Up Comedians” list. Comedy Dynamics is proud to bring Breaking The Rules to light once again.