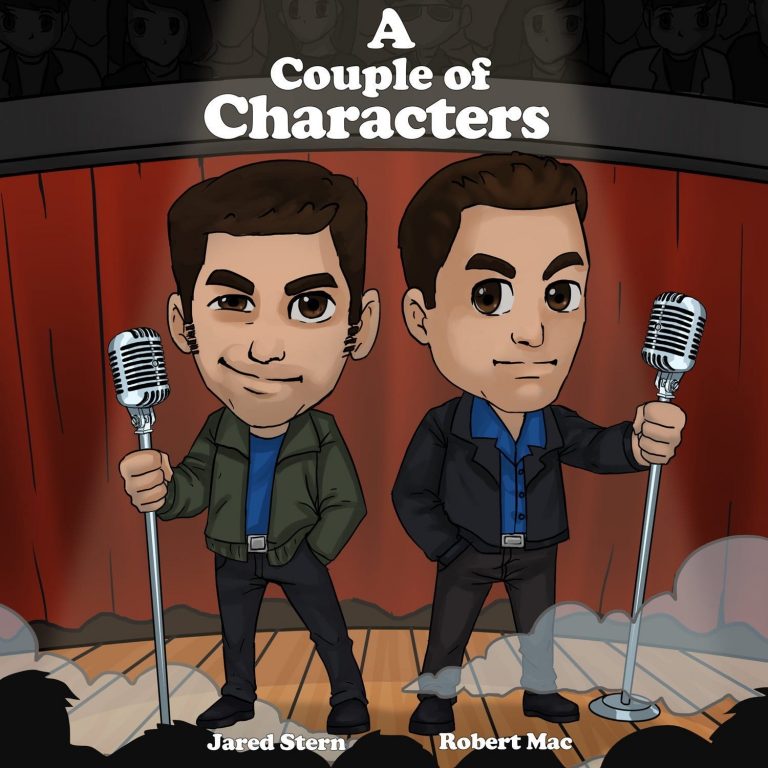 A Couple of Characters is a clean, witty, and fresh album featuring two of Washington, D.C.’s up and coming comedians. Jared Stern and Robert Mac tackle everything from J date to Bob Barker in the first special for two rising stars.

“We’re trying to prove that you don’t have to curse to be a funny couple of characters and we’re excited to be working with Comedy Dynamics on our first studio album!” – said Jared Stern and Robert Mac.

Jared Stern has been making complete strangers laugh at him for over a decade. From humble beginnings at a hole-in-the-wall club in Baltimore, he is now the most humble person in the world, not that he’s one to brag about it. During his career he has performed with the likes of Mike Birbiglia, Judah Friedlander, Richard Lewis, Tom Arnold, John Witherspoon, Jon Lovitz, Emo Philips, and Caroline Rhea. He was voted the 2013 Best Comedian in D.C. by the readers of the Washington City Paper. He was a featured performer at the 2017 What A Joke Fest and the 2018 LaughFest.

“Many comedians struggle with clean comedy, but Jared and Robert have really shown that it’s more than just a comedic style to them, it’s their specialty” said Brian Volk-Weiss, CEO of Comedy Dynamics.

Jared Stern and Robert Mac: A Couple Of Characters was produced by Comedy Dynamics and DMV Events and Entertainment.