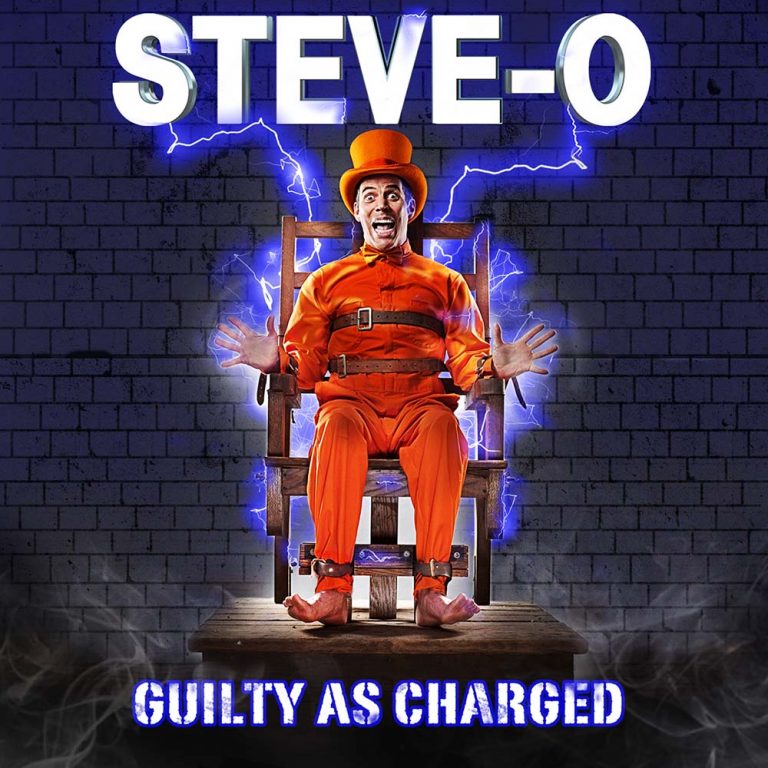 Steve-O’s debut comedy record, Guilty As Charged will be released by Comedy Dynamics April 1, 2016 on all digital services.

Former Jackass star, Steve-O, has officially made a leap into the world of stand-up comedy. Guilty As Charged may be his most shocking, cringe-worthy project yet. You’ll be picking your jaw up off the floor as he takes you behind the stunts and tells his wild and hilarious life story.

Steve-O is best known for his radical stunts and eccentric personality on the TV series Jackass, its related movies, and the spin-off series Wildboyz. All five Jackass movies released by MTV between 2002-2010 became box office hits. In 2009, he competed on ABC’s hit show, Dancing With The Stars and lasted six weeks. In 2011, he released an autobiography titled: Professional Idiot: A Memoir. Steve-O currently travels the globe doing standup comedy on his “Steve-O’s Entirely Too Much Information Tour” while also performing his signature stunts in front of his 3 million YouTube subscribers.