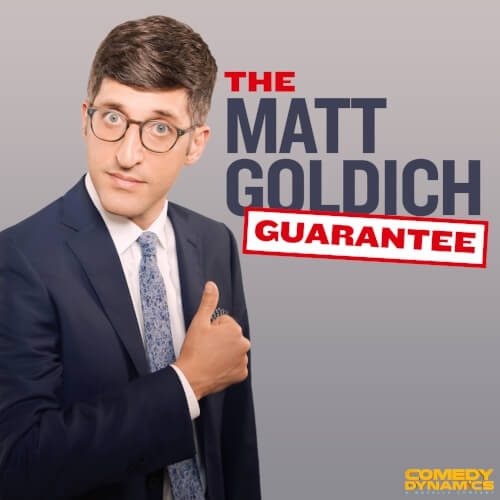 Matt Goldich is a stand-up comedian who has appeared on the Late Late Show with Craig Ferguson, Comedy Central’s @midnight, and Premium Blend. He is currently a writer for Late Night with Seth Meyers and has frequently appeared on camera on Late Night as well. Matt has also written for the Emmy Awards, The Ellen DeGeneres Show, and the Late Show with David Letterman. He performs stand-up regularly in New York and Los Angeles and has also performed at clubs and colleges around the country. Matt has also appeared at the US Comedy Arts Festival in Aspen, Colorado and the Bridgetown Comedy Festival in Portland, Oregon. He has won two Daytime Emmy Awards and was recently nominated for his first Primetime Emmy. Matt also co-hosts the podcast, “Sorry I’ve Been So Busy.”