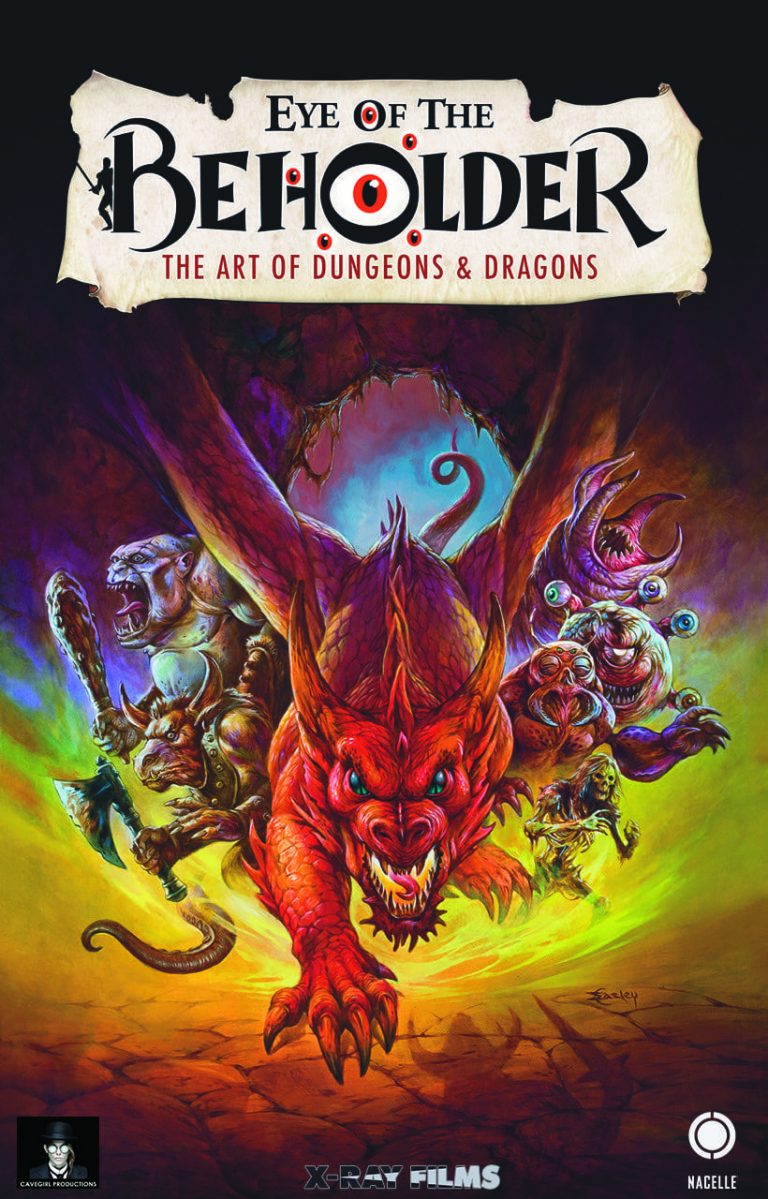 THE NACELLE COMPANY ACQUIRES FEATURE FILM DOCUMENTARY EYE OF THE BEHOLDER: THE ART OF DUNGEONS & DRAGONS

The Nacelle Company announced today it has acquired the documentary filmEye of The Beholder: The Art of Dungeons & Dragons.

The Nacelle Company announced today it has acquired the documentary film Eye of The Beholder: The Art of Dungeons & Dragons.

The film was directed by Kelley Slagle and Brian Stillman, the latter of whom who is known for Plastic Galaxy: The Story of Star Wars Toys and producing The Toys That Made Us.

Eye of the Beholder first screened at the Gen Con 2018 Film Festival, where it won Best Documentary and sold out three shows. Furthermore, the documentary won Best Feature Documentary at the Clifton Film Celebration, where it was also nominated for Best Overall Film.

“Watching Eye of the Beholder is like being teleported back in time to rap with iconic artists about what it was like working for TSR in its heyday. I’ve been lucky enough to talk to many of these artists, but even I learned new information by watching Eye Of The Beholder. This is a must see for any fan of D&D or fantasy artwork!” said Luke Gygax, Founder, Gary Con; Son of D&D Co-Creator Gary Gygax.

“I’ve played Dungeons & Dragons since the early Eighties, and I’ve always been fascinated by the art. This was where I’d go to see monsters, to see magic, to see adventure. I’d spend hours flipping through the pages of the books, letting the illustrations inspire my own imagination. Today, it still inspires my imagination, and I’m so happy that Nacelle can help us share it with the world,” said one of the film’s co-directors, co-producer and director of photography, Brian Stillman.

“Eye Of The Beholder showcases how Dungeons and Dragons has evolved in to much more than just a game, it’s become a cultural phenomenon that has stood the test of time.” said Brian Volk Weiss, Founder and CEO of The Nacelle Company.