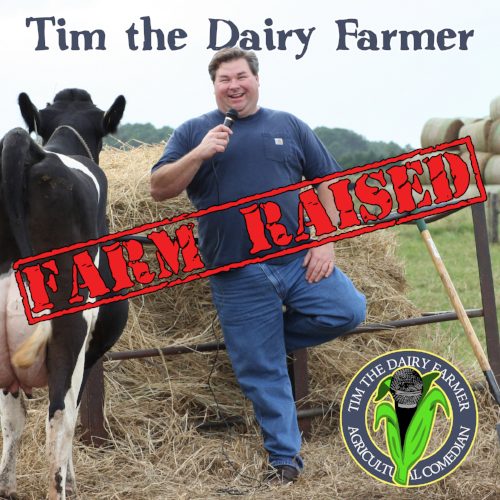 Tim Moffett’s Farm Raised is a a peek into growing up on a farm and the quirks that happen when rural life meets city life.  From childhood sleep overs, to a boys first kiss, Tim is the perfect tour guide to show us the absurdity and laughter of trying to be a regular guy after being farm raised. The album was recorded at the Firehouse Theater in Ruskin, Florida.

“If you can pick it, pluck it, or pull it—something is funny about it”.

This is the attitude that made Tim the Dairy Farmer the premier agriculture comedian.

Tim explains the day-to-day life of a farmer and finds laughs as only a farm boy can.

Being a part of Tim’s audience, you are sure to laugh at his unique point of view.