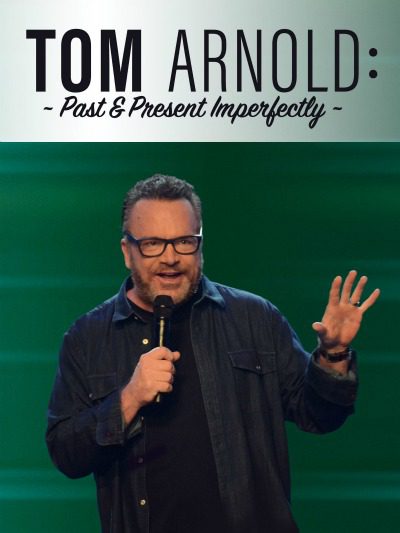 Tom Arnold’s new comedy special Past & Present Imperfectly will be released by Comedy Dynamics on June 5, 2018 premiering on iTunes, Amazon, Comcast, DIRECTV, AT&T, DISH, Charter, Google Play and other cable and satellite companies. The album will be released on June 8, 2018 on all digital and physical audio retailers.

In his new special, Tom reflects on his experiences in the meat packing industry, fulfilling his dreams of moving to Hollywood, and working with his idols Arnold Schwarzenegger and Robin Williams. Whether discussing his obnoxious Roseanne tattoo or taking sketchy pills from friends, Tom Arnold keeps the audience laughing the whole way through.

The special was taped on November 11, 2017 at the Palace Theatre in Los Angeles, California.

As a writer, producer, comedian and actor, Tom Arnold has established himself to both television and film audiences worldwide, having won such awards as the Peabody Award and a Golden Globe Award.  His career continues to thrive having recently shot the independent, BIGGER, opposite Julianne Hough as well as the independent feature, SAVING FLORA. He will next appear in his own special for Comedy Dynamics entitled TOM ARNOLD: PAST & PRESENT IMPERFECTLY.

“As a fellow Hawkeye, it’s beyond an honor to be working with Tom,”