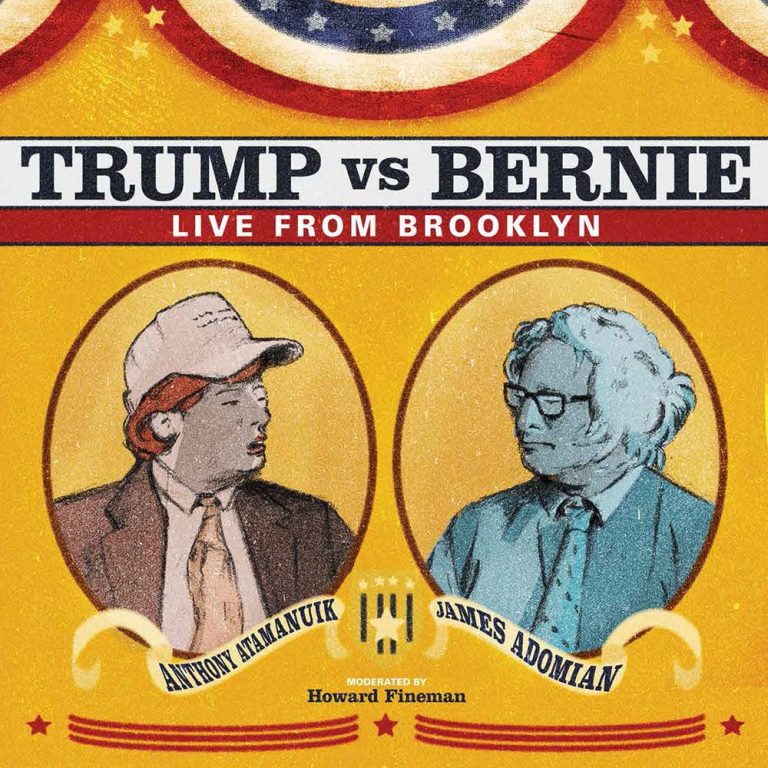 Available on iTunes and all streaming services, the album features comedians James Adomian (Bernie Sanders) and Anthony Atamanuik (Donald Trump). The audio is from the recent Ne York stop on the nationwide tour that brought two of the most controversial candidates in history head-to-head, Queens-to-Brooklyn, in an unsanctioned bipartisan debate unlike anything you’ve ever heard before. These presidential contenders battle to prove once and for all who is the candidate worthy of your vote!

The presidential hopefuls address the important issues of the day during the satirical debate, moderated by legendary political reporter Howard Fineman, global editorial director of the Huffington Post.

“In my view we face the possible ironic apocalypse whereby large corporations such as Coca Cola are damaging the environment to the point where they are polluting and causing the earth to warm such as the ice caps where as the polar bears trying to drink their coca colas are falling into the ocean.” While Trump retorts, “What is this global warming?  It’s beautiful out. It’s beautiful out it’s very cool.”

In the clip Sanders contends

Trump vs. Bernie will make their final live appearances at Just For Laughs in Montreal as one of Variety’s 2016 “10 Comics To Watch.”