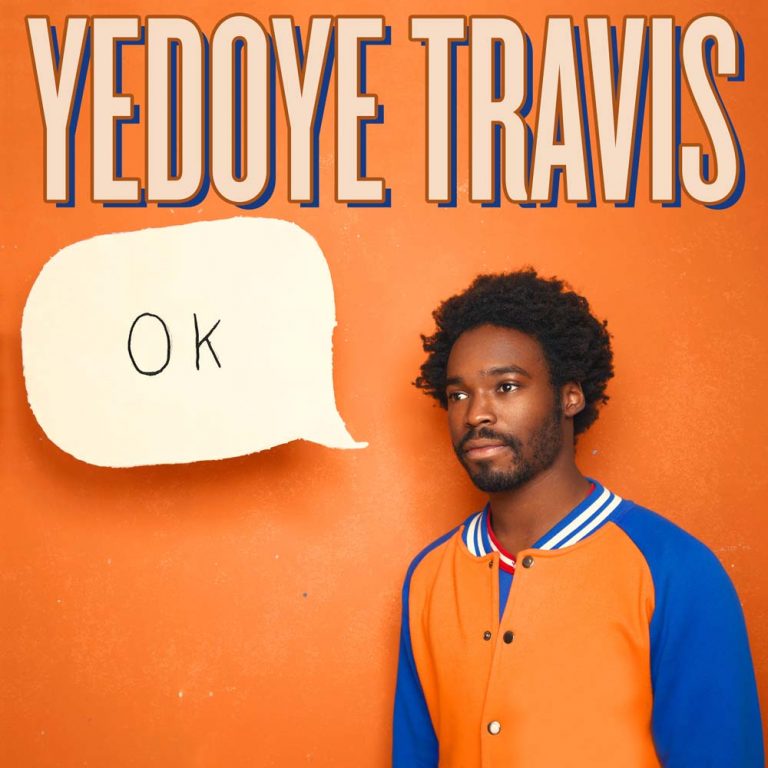 In his debut album OK, Yedoye Travis solves racism for about an hour through his passion for anime and general incongruity.  He walks the audience through life as a young, black man in America, exploring things like famous doppelgangers, conspiracy theories, sexual tourism, and his love for his grandma Cecilia. OK was recorded at Relapse Theatre in Atlanta, GA.

Yedoye Travis is a comedian from Atlanta, currently based in New York. He was named a New Face at the 2017 Just For Laughs Festival and has also performed at Bridgetown and Hell Yes Comedy Fests and has appeared on CBS’s Late Show with Stephen Colbert, Comedy Dynamics’ Hulu series Coming to the Stage and on season two of TBS’s Search Party. He also co-hosts Rent Party, a comedy and music variety show, every third Wednesday at Union Hall in New York City.

“I’ve put a lot of work into this album. It’s full of dumb stuff that I love and references that honestly might get me in very minor legal trouble. It’s my debut, so it’s technically the worst album I’ve released, but I’ll still respect you if you like it,” said Yedoye Travis.